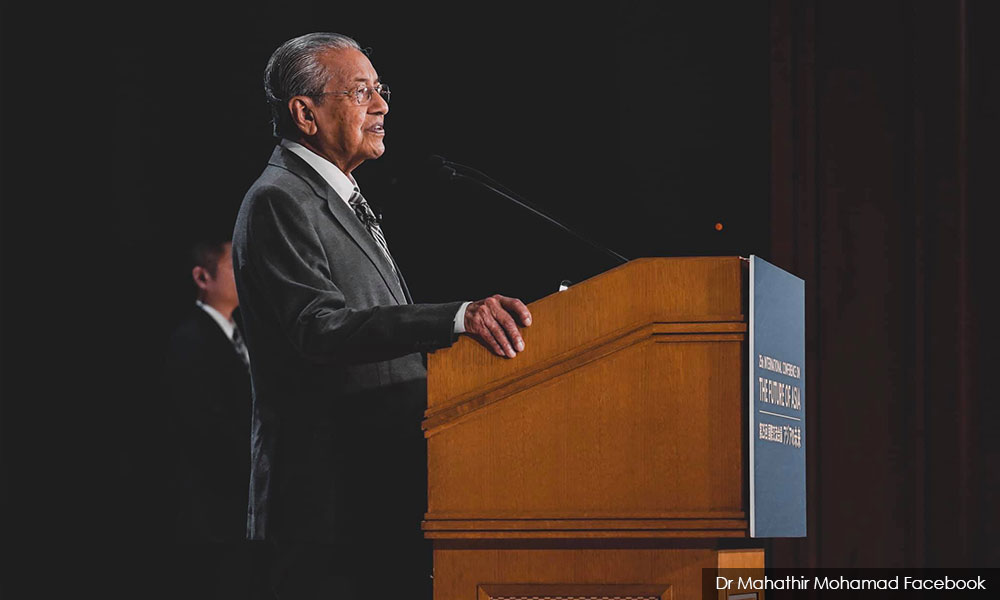 Trade war is stupid, as it does not serve any purpose and disturbs economic progress of countries, including Malaysia, said Dr Mahathir Mohamed.

“We would not like to have the US-China trade war if more reasonable minds take over. But at the moment we have to accept that there is a trade war and it affects us.

"We want China to be rich enough for it to be a great market for us and the rest of the world,” the prime minister told reporters at the Foreign Correspondents' Club of Japan in Tokyo today.

He said China's 1.4 billion people could definitely become a big market for the whole world, thus its prosperity is good for the world.

“With China getting richer, the world can benefit from a rich market. And for the trade balance, we have the US and we would like to continue there. I believe that trade relationships should not be confrontational,” he said.

Dr Mahathir said the world needs to accept the fact that the Chinese have come around becoming very rich and using their money to enhance their position.

“If you remember once Europe was very powerful and they conquered the rest of the world. China has yet to conquer us and we have been trading with them for 2,000 years,” he quipped.

The premier said Malaysia would like to see a peaceful and less confrontational attitude between the US and China.

“Whether America likes it or not, China is going to be a powerful country. It has a population that is bigger than the whole of Europe and North America.

“And China can be a world by itself, it can trade within the country. That’s how it grew in the first place,” he said.

While admitting that competition with China is tough, Dr Mahathir said he believes in the US positive strength.

For example, he said, the US is good at building aeroplanes and engines.

“They should expect the Chinese to keep trying to catch up with them but Americans are very innovative and inventive, they should be able to compete in (the) areas they have strengths.

“Concentrate on what you do best and try and compete, don’t try to conquer. The gunboat diplomacy is out of date,” he said.