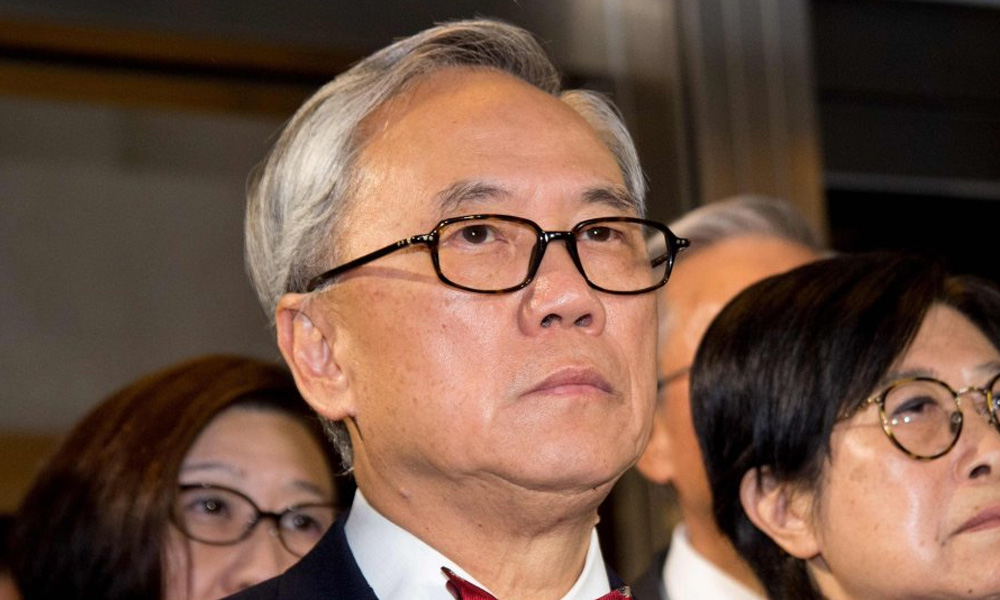 Hong Kong's top court today quashed a conviction against former leader Donald Tsang (photo, above) for misconduct in public office, bringing to a close a legal battle that had tarnished his reputation after what had been a stellar career.

Tsang, Hong Kong's second leader after the city's 1997 handover from British to Chinese rule, was the territory's most senior official to be charged with a criminal offence. He had pleaded not guilty to misconduct charges in late 2015.

The Court of Appeal sent him back to jail in July 2018 for 12 months following the dismissal of an appeal and he was released in January after suffering health issues throughout his sentence.

Tsang was jailed on a charge of misconduct in public office for failing to declare certain dealings with a business tycoon.

The Court of Final Appeal quashed his conviction and sentence today and said there would be no retrial.

"The appellant has already suffered what the Court of Appeal considered a just punishment for the offence in respect of which he would be re-tried," the court said in its ruling.

"That weighs heavily in favour of a conclusion that the interests of justice do not require a new trial. There should not be such an order."

Tsang, known for his love of bow ties, received a knighthood from Britain's Queen Elizabeth. He was respected for pushing political reforms and helping to stave off speculative attacks on the Hong Kong dollar during the 2008 financial crisis.

The legal battle began in 2015 when Tsang was charged with misconduct in public office in a trial that centred around allegations of lavish spending on overseas duty visits and taking trips with tycoons by private jet and luxury yacht.

Tsang and his defence had stressed his years of upstanding public service during the trial. They maintained that he had done nothing wrong.