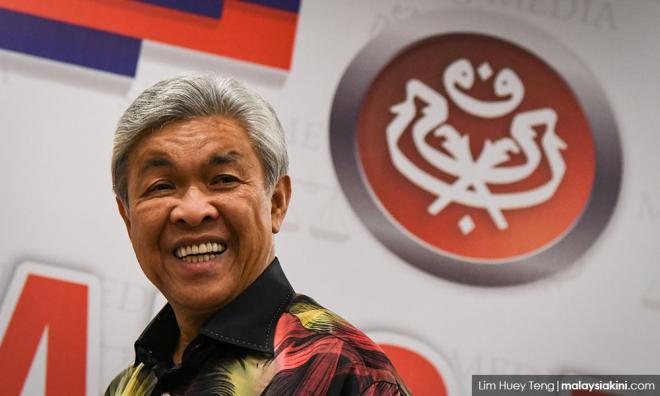 Zahid makes a comeback and 10 news from yesterday

3. The Harapan government will table a motion in the Dewan Rakyat today to compel all MPs, including those from the opposition, to declare their assets.

4. Students in Pasir Gudang faced breathing difficulties hours after schools were reopened following closure due to toxic gasses in the atmosphere.

5. The Defence Ministry mooted a salary hike for the Armed Forces, particularly for low-ranking officers.

6. MCA president Wee Ka Siong denied that he tried to block the return of 1MDB funds received by a party-owned cooperative.

7. PKR president Anwar Ibrahim expressed his annoyance over the media focus on Prime Minister Dr Mahathir Mohamad's planned handover of power to him.

8. Human Resources Minister M Kulasegaran abandoned the idea of bringing in African workers to work in the plantation industry.

9. The Temiar community won a suit brought against them by a plantation company, which accused them of trespassing on what the Temiar claimed to be their customary land.

10. The government has extended the National Home Ownership Campaign to the end of this year.

11. De facto Law Minister Liew Vui Keong said the government is considering moving to a restorative justice system from a punitive one.