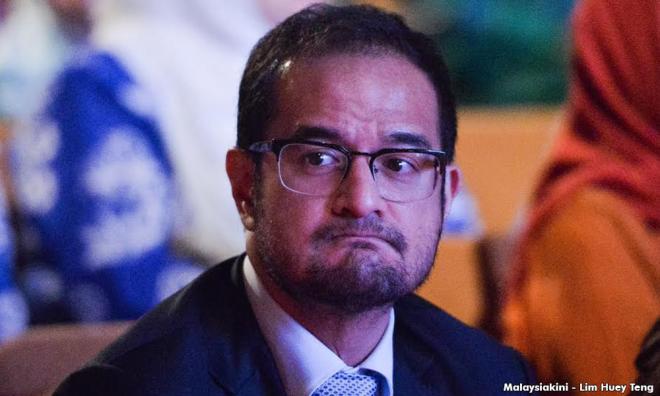 1. Najib Abdul Razak's stepson Riza Aziz was arrested by the MACC. He is expected to be charged in connection with the involvement of his film production company, Red Granite Pictures, in the 1MDB scandal.

2. Transport Minister Anthony Loke and Damansara MP Tony Pua are suing Pasir Salak MP Tajuddin Abdul Rahman over his allegation that DAP sought to do away with Malaysia’s monarchy system.

3. Pasir Gudang MP Hassan Karim called for the usage of the term 'Bangsa Johor' to be stopped immediately. He said he considered it unhealthy as Malaysia is a federal state.

4. Lawyers representing the wife of the late Abdul Manan Ismail – one of 41 respondents in the MACC's 1MDB-linked asset forfeiture suit – objected to the prosecution seeking to replace the respondent's name with that of their client.

5. Parti Amanah Negara's communications director Khalid Samad said party members should not use schools, mosques or surau if they wished for unity, harmony and cooperation to prevail in building the country.

6. The Dewan Rakyat unanimously passed the Peaceful Assembly (Amendment) Bill 2019 with two amendments. The first amendment reduces the notification to be sent to the police by the assembly organiser to five days, compared with the current 10-day requirement. The second amendment reduces the time frame of the police reply to the organiser to three days from the existing five days.

7. Segambut MP Hannah Yeoh leapt to the defence of the international school students who received criticism for a performance which depicted oil palm in a negative light. Her reaction contrasted starkly with fellow DAP leader, Primary Industries Minister Teresa Kok, who accused the school of doing a disservice to the nation and spreading "untrue and one-sided" messages to the children.

8. MCA president Wee Ka Siong questioned how the money that party-linked co-operative Koperasi Jayadiri Sdn Bhd (Kojadi) received from Yayasan 1MDB is deemed illegal when it had paid taxes to the Inland Revenue Board.

9. Home Minister Muhyiddin Yassin pledged to improve the treatment of children detained together with undocumented migrants. He told the Dewan Rakyat that the government intends to allocate space in all immigration detention centres for these children.

Related Reports
Expert disputes hospital report of no bruises on Adib's back
a year ago
Sea sand export ban for all countries, not just S'pore - Xavier
a year ago
Immigration Dept to fast track cases involving children
a year ago
Standardised syariah laws by end of next year - Mujahid
a year ago