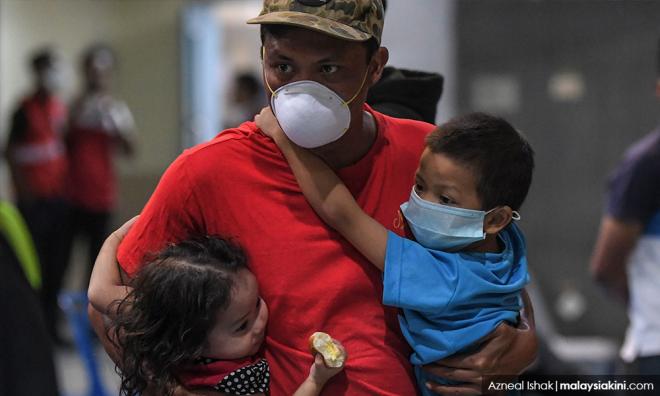 The Johor government is drawing up a sustainable town development plan for Pasir Gudang as a long-term measure to address environmental pollution in the area.

Menteri Besar Dr Sahruddin Jamal said it would involve studying the possibility of relocating high-risk chemical factories and creating a buffer zone between the industrial and residential areas.

The state government is serious in addressing the pollution problem in Pasir Gudang and would also set up two committees to monitor the pollution situation in the area, he said in his winding-up speech during the State Assembly sitting in Iskandar Puteri today.

One of the committees, he said, is the Technical and Scientific Working Committee that will coordinate, monitor and track the impact that will occur in Pasir Gudang.

The committee will have representatives from the various technical departments and experts from Universiti Teknologi Malaysia (UTM), he added.

He said there would also be a monitoring committee, which will be represented by elected representatives, non-governmental organisations (NGOs), Parent-Teacher Associations (PTA) and the Pasir Gudang Emergency Mutual Aid (Pagema), to provide the latest status on pollution in Pasir Gudang.

“These two committees will meet periodically and report directly to the State Local Government, Urban Wellbeing and Environment Committee chairperson every month,” he added.

On claims that he had not taken seriously the pollution issue in Pasir Gudang, Sahruddin said the state government did not consider the problem petty and had allocated RM6.4 million for cleaning of toxic waste in Sungai Kim Kim.