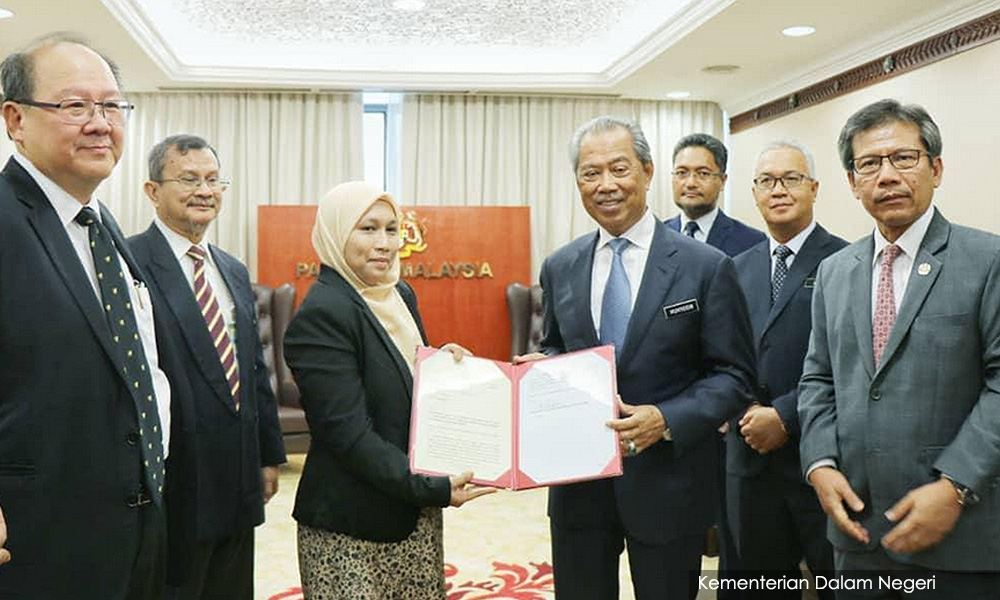 The Home Ministry announced that two new members will be joining the special task force to investigate the disappearances of pastor Raymond Koh and activist Amri Che Mat.

2. Newlyweds among the Orang Asli community are especially targeted and forced to take birth control injections after having just one child, says an activist.

3. Former Umno Youth chief Khairy Jamaluddin said he was "suddenly not so happy" about where he is, just two days after declining to join Bersatu and stating that he was "quite happy" about his position in Umno. He then strode away from the crowd of journalists.

4. Perak exco member and Tronoh assemblyperson Paul Yong has denied the allegation that he raped his former Indonesian domestic worker. He said he is “shocked and baffled” by the accusation.

5. Controversial Umno man Jamal Yunos has put his Sekin Hotel & Resort on auction with a starting price of RM4.5 million. He said: “After the BN government collapsed in May last year, the hotel's business plummeted.”

6. After a video depicting a man coaxing an underaged girl to perform sexual acts on him went viral, furious netizens gathered outside the suspect's house in Seremban, Negeri Sembilan.

7. Selangor Menteri Besar Amirudin Shari denied allegations that he was having an affair with a state assemblyperson from Selangor. This comes after a closed-circuit camera recording that allegedly showed him and the woman in a hotel in Sandakan, Sabah, on May 11. He said he was in was in Kuala Lumpur at the time.

8. Organisers of the fisherfolk protest outside Parliament against the Penang South Reclamation project are up in arms over the tampering of their e-flyers, with PAS and Umno logos added to them.

9. The removal of toll charges along several highways during the Najib Abdul Razak administration came at a price. According to Damansara MP Tony Pua, taxpayers still had to compensate the toll operators with billions of ringgit in a move that ultimately benefited the highway concessionaires.