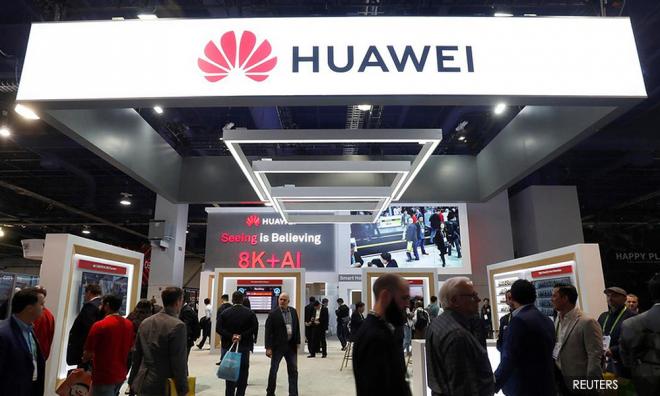 The US may approve licenses for companies to re-start new sales to Huawei in as little as two weeks, according to a senior US official, in a sign President Donald Trump’s recent effort to ease restrictions on the Chinese company could move forward quickly.

Huawei, the world’s largest telecommunications equipment maker, was added to a Commerce Department list in May that prohibits US companies from supplying it with new American-made goods and services unless they obtain licenses that will likely be denied.

But late last month, after meeting with Chinese President Xi Jinping, President Donald Trump announced American firms could sell products to Huawei. And in recent days, Commerce Secretary Wilbur Ross said licenses would be issued where there is no threat to national security.

Two US chipmakers who supply Huawei told Reuters in recent days they would apply for more licenses after Ross’s comments. They asked to remain anonymous.

A customer response management company and a firm that simulates cross-sectional radar for Huawei are also likely to file applications in the coming days, according to Craig Ridgley, a trade compliance consultant in Washington.

Out of US$70 billion that Huawei spent buying components in 2018, some US$11 billion went to US firms, including Qualcomm, Intel and Micron Technology.

“Since there’s no downside, companies are submitting applications, as required by the regulations,” said Washington lawyer Kevin Wolf, a former Commerce Department official.

A Huawei spokesman said “the Entity list restrictions should be removed altogether, rather than have temporary licenses applied for US vendors. Huawei has been found guilty of no relevant wrongdoing and represents no cybersecurity risk to any country, so the restrictions are unmerited.”

US companies can sell goods in order to maintain existing networks and provide software updates to existing Huawei handsets, but are prohibited from making new sales of American-made goods and services.

Furthermore, not all US sales to Huawei hinge on government approval of license requests. Some US chipmakers sales to Huawei may not need licenses because their products could be beyond the scope of US export controls, since many are manufactured abroad with few US components.

US officials have sought to clarify the new policy in recent weeks, saying they will allow sales of non-sensitive technology readily available abroad if national security is protected. But they have also reiterated that Huawei remains on the entity list, and relief would be temporary.

The US semiconductor industry has been lobbying for broader relief, arguing that US security goals should be advanced in a way that does not undermine the ability to compete globally and retain technological leadership.

Suppliers want to be allowed to provide customer service support for chips they build and sell overseas, or the approval to ship new American-made equipment to Huawei and its subsidiaries around the world.

Still, it is unclear which products will be granted licenses. Some US suppliers sought clarity at a conference the Commerce Department held in Washington this week.

One manufacturer’s representative was told by the senior US official that licenses could be granted in two to four weeks, at the conference on Thursday.

The person, who did not want to be identified, said the official did not delineate the criteria for license approvals, but she came away believing they would be made on a case-by-case basis, at least at first, as the agency seeks to form more broad opinions.

When asked about the guidance from the senior official, a Commerce Department spokesman said the agency is “evaluating all licenses and determining what is in the nation’s best national security interest.”

It also has launched a lobbying effort to persuade US allies to keep Huawei out of next-generation 5G telecommunications infrastructure, citing concerns the company could spy on customers. Huawei has denied the allegations.

Eric Hirschhorn, a former undersecretary of Commerce, said the problem for government officials reviewing the licenses is that they don’t know where the administration is going.

business & finance
technology
politics
donald trump
huawei
world
Related Reports
Huawei plans extensive layoffs at its US operations: WSJ
a year ago
In a jab at US, China says the world cannot shut it out
a year ago
Trump officials say US-China trade talks to resume next week
a year ago
Huawei employees worked with China military on research projects: Bloomberg
a year ago