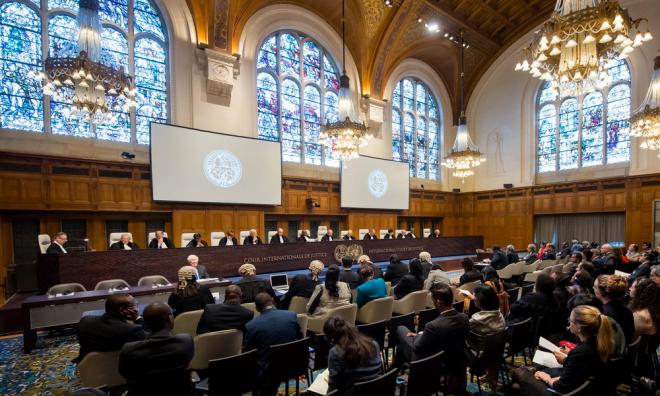 Japan is considering taking a dispute with South Korea over its compensation for wartime forced labourers to the International Court of Justice as the deadline for seeking third-country arbitration passes on Thursday, public broadcaster NHK reported.

The question of compensation for South Koreans for labour during Japan’s 1910-45 occupation of the Korean peninsula has soured the US allies’ relations, which took a turn for the worse this month when Japan restricted exports of high-tech material to South Korea.

With no mutually palatable agreement, Tokyo has pushed for third-party arbitration, which Seoul has rejected.

Nishimura told a regular briefing that Tokyo had not received any word on Seoul’s decision. He added the government would continue to “strongly urge” its neighbour to accept the arbitration procedure.

NHK said that once the deadline passes, Japan would continue to push Seoul for proposals to end the dispute while preparing for countermeasures – including considering going to the ICJ.

The case cannot go to trial, however, without agreement from South Korea, Kyodo reported.

Officials at Japan’s foreign ministry were not immediately available to comment.

Japan initially cited the dispute over compensation for the wartime labourers as being behind what it sees as broken trust with South Korea when it announced tighter export controls this month.

Tokyo has stressed that the controls were not retaliation over the forced-labour dispute.

In a separate report, Kyodo cited Japanese government sources as saying Tokyo would reject Seoul’s request to hold another working-level meeting to discuss the export controls.

The most recent one, held last week in Tokyo, stoked tensions further as the two sides publicly contested the accounts of their frosty meeting.

South Korea has appealed to ally US to defuse the tension with Japan, warning of threats to global supplies memory chips and smartphones.

A senior South Korean government official said on Wednesday the export curbs could hurt global technology companies including the operations of Samsung in the Texas state capital of Austin.

During a visit to Seoul on Wednesday, David Stilwell, the top US diplomat for East Asia policy, said the United States would “do what it can do” to help, but did not elaborate on what those steps might be and said it was fundamentally up to South Korea and Japan to resolve their differences.