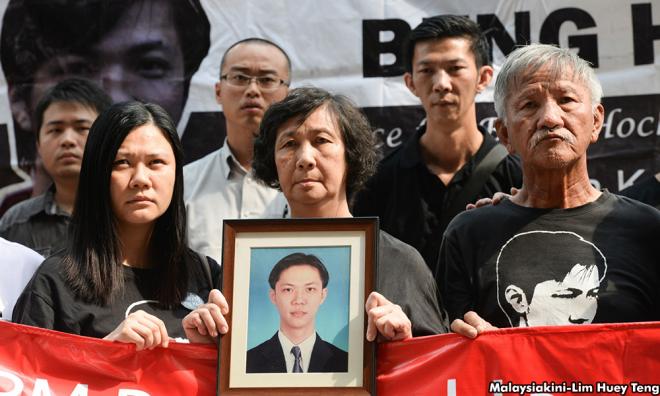 Latheefa Koya has refused to comment on whether the MACC officers said to be involved in the death of political aide Teoh Beng Hock will be investigated.

"We are the party being investigated, we can only confirm and cooperate with the investigating (party)," the MACC chief commissioner said today when asked about calls for an internal investigation.

Pressed again if the MACC will probe its own officers, Latheefa maintained that she would not comment, even if it was doing so.

She was speaking to the media after opening the Regional Workshop on Promoting Beneficial Ownership Transparency, organised by the UN Office on Drugs and Crime (UNODC) in Kuala Lumpur.

Teoh was found dead in 2009, after being held overnight for interrogation at the then-Selangor MACC office in Shah Alam.

In 2014, the Court of Appeal overturned the coroner's open verdict on his death, and ruled that MACC officers had committed wrongdoing. None of these officers has since been prosecuted.

Last year, the Pakatan Harapan government promised to reopen investigations, and police are now looking into the unresolved case under Section 342 of the Penal Code for wrongful confinement.

In response, Teoh’s family and supporters have demanded that the case be probed for culpable homicide instead.

Latheefa: No need to meet me, just file complaints with MACC