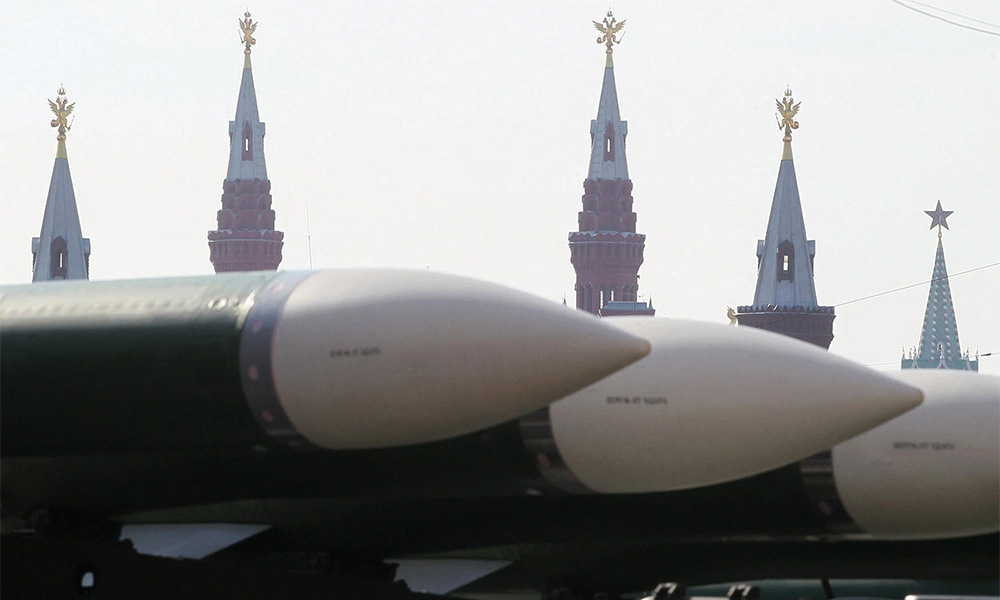 After INF treaty's demise, US seeks funds for missile tests

The United States will no longer be prohibited from having ground-launched intermediate-range missiles once it pulls out of an arms control treaty with Russia today, but funds to test and develop the missiles may soon run out, officials say.

Washington said last year it would withdraw from the Intermediate-range Nuclear Forces Treaty (INF), accusing Russia of failing to comply with it. Moscow denies it has violated the treaty and says Washington is pulling out because it wants to pursue a new arms race.

Within the next few weeks, the United States is expected to test a ground-launched cruise missile. In November, the Pentagon will aim to test an intermediate-range ballistic missile. Both would be conventional weapons tests - and not nuclear.

US officials told Reuters this week that once existing funding runs out, future research and testing would be at risk because of resistance from the Democratic-controlled House of Representatives.

Unlike in the Senate, which is led by President Donald Trump's Republicans, the House declined to fund the Trump administration's request of about US$96 million for the development of the missiles in its version of a fiscal-year 2020 budget and defence policy bill.

"If you cut this, you're hampering the Department of Defense's ability to respond to the Russian treaty violation," said a senior US defence official, describing the Pentagon's message to Congress.

"It's not going to bring the treaty back, it's going to help Russia."

Washington and Moscow blame each other for the breakdown of the treaty, the latest in a growing list of East-West tensions. The United States says it needs to develop its own intermediate-range missiles to deter Russia, even if it does not field them in Europe.

The Pentagon also sees a benefit in developing the new weapons as a counter to China, which boasts an increasingly sophisticated land-based missile force.

The top Democrat on the House Armed Services Committee, Representative Adam Smith, has opposed the US pullout of the treaty.

"Withdrawing from the treaty would allow Putin to deflect responsibility and blame the US for both the treaty's collapse and any ensuing arms race," Smith wrote in an op-ed earlier this year with the top Democrat on the House Foreign Affairs Committee.

They added: "The Trump administration has played right into (Russian President) Vladimir Putin's (photo, above) hands."

The Pentagon hopes the funding will be restored when the House and Senate confer to resolve discrepancies in the legislation. A Senate Armed Services Committee spokesperson said those discussions were expected to take place in coming weeks.

US officials have been warning for years that the United States was being put at a disadvantage by China's development of increasingly sophisticated land-based missile forces, which the Pentagon could not match thanks to the US treaty with Russia.

Defense Secretary Mark Esper said last month that leaving the INF treaty would free up the US military "to deal with not just Russia, but China."

"China has a very, very capable and robust INF Treaty-range missile inventory if you will. So you can see, it frees us up to do other things," he said.

While no decisions have been made, the United States could theoretically put easier-to-hide, road-mobile conventional missiles in places like Guam.

The officials said it was not clear how China would handle the United States leaving the INF and potentially deploying ground-launched intermediate-range missiles closer to the country.

"Who knows which way China might go? But they are going to have to react some way ... whether it's hardening, moving things around, changing your (concept of operations)," a second US official said.

world
united states
inf
russia
missile
Related Reports
Moscow ready for faster nuclear strike on US if necessary: Putin
a year ago
Putin: We'll target the US if it deploys missiles in Europe
a year ago
Russia follows US in suspending nuclear arms treaty
a year ago
Trump says US to exit nuclear treaty, cites Russian violations
2 years ago