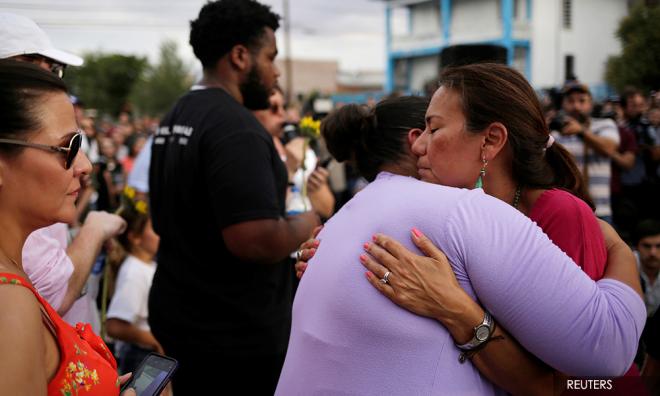 After shootings, tech companies pressured to pull plug on 8chan

Critics pressed Twitter and other tech companies to shun online message board 8chan on Monday, after it was used by a mass shooter to announce an attack for the third time this year.

8chan, which in its verified Twitter profile describes its location as “The Darkest Reaches of the Internet,” has become a hotbed for white extremist content.

The gunman, who killed 22 people at a Walmart store in El Paso, Texas on Saturday, is believed to have posted a four-page statement on 8chan before his attack, calling it a “response to the Hispanic invasion of Texas.”

The site was previously used this year by the shooters who attacked two mosques in Christchurch, New Zealand and a synagogue in Poway, California.

8chan, which is run by an American living in the Philippines, was struggling to stay online on Monday after US cyber security firm Cloudflare terminated it as a customer in response to the Texas shooting.

It quickly found a new home with Epik, a Seattle-based company which last year welcomed neo-Nazi site the Daily Stormer and “free-speech” site Gab. Both lost service providers for similar reasons: the Daily Stormer after users helped organise a rally in Virginia that turned violent, Gab after the Pittsburg synagogue shooter used it to express anti-Semitic views.

“Our services fill the ever-growing need for a neutral service provider that will not arbitrarily terminate accounts based on social or political pressure,” Epik CEO Rob Monster wrote in a statement.

But within hours, after being alerted to the 8chan connection by former Facebook chief security officer Alex Stamos, Epik’s own web infrastructure provider Voxility dropped it as a customer.

At the time of writing, 8chan’s site appeared to be down.

Stamos on Sunday reiterated his call for “responsible tech companies” to blockade 8chan by not allowing links to the site, citing its use as a recruitment tool.

8chan did not appear to have any official accounts on Facebook, although links to the site were available there. A Facebook spokesperson said direct links to the shooter’s manifesto were being blocked.

“Because these services may determine whether one can use the internet at all, those companies providing them must use their power on only very rare occasions, if at all,” she said.