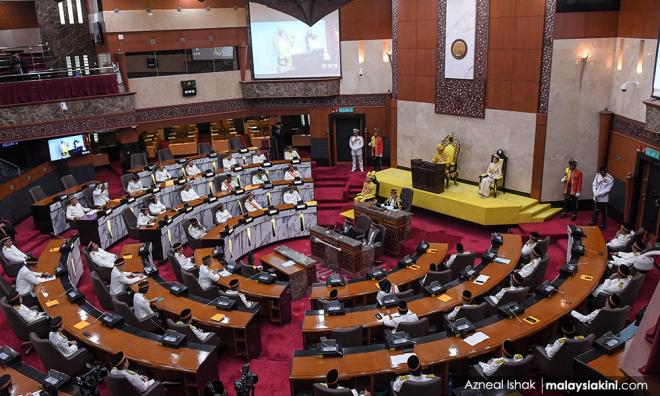 Storm brewing over conversion bill, and 9 news from yesterday

1. A political storm may be brewing in Selangor over a bill which would pave the way for the unilateral conversion of minors, the tabling of which was allegedly prevented by state assembly speaker Ng Suee Lim. Selangor Menteri Besar Amirudin Shari is expected to meet with state Harapan leaders over the matter.

3. Perak Menteri Besar Ahmad Faizal Azumu claimed that there was a misunderstanding over his earlier statement denying that Orang Asli have customary land rights.

4. National Economic Action Council member Rafidah Aziz told Putrajaya not to bow to minority groups that harp on race and religion issues, as most Malaysians had right-thinking minds.

5. Deputy Home Minister Mohd Azis Jamman confirmed that his former aide, who is accused of taking an upskirt video of a woman last year, will be charged in court.

6. The Malaysian Indian Transformation Unit (Mitra) was urged to justify its decision to allocate RM5 million for the construction of a Hindu temple in Putrajaya.

7. Tourism, Arts and Culture Ministry secretary-general Isham Ishak was called in to give his statement to the MACC, according to Minister Mohamaddin Ketapi.

8. A coalition of NGOs led by Bersih urged Prime Minister Dr Mahathir Mohamad to announce a clear date and plan for the transition of power to his designated successor Anwar Ibrahim.

9. Police recorded statements from as many as 20 witnesses, including family members, to assist in the investigation of the missing Irish teenager Nora Anne Quoirin.

10. MACC chief Latheefa Koya is looking to having more qualified women appointed to the anti-corruption body to balance the gender scales.