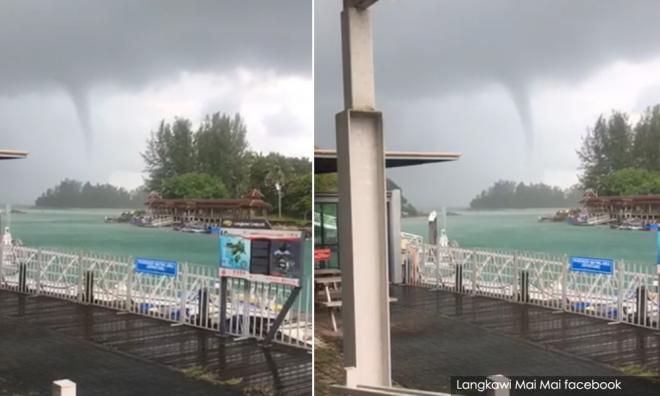 A waterspout was seen near Telaga Habour Park at Pantai Kok, Langkawi for 10 minutes earlier today.

"However, as of 2pm, no reports of any damage had been reported.

"According to information from the Meteorological Department, the incident was a normal weather phenomenon," he said here today.

The phenomenon was also witnessed by a group of 80 tourists on the man-made island Paradise 101 nearby.

The waterspout became widespread after islanders shared pictures and videos on social media.