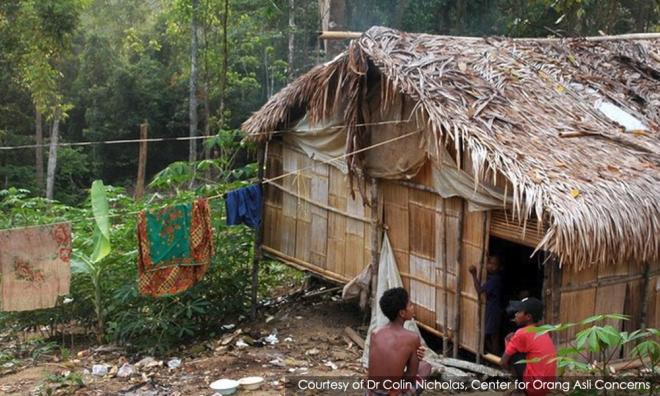 NRD ordered to register all Orang Asli in Kuala Koh

The National Registration Department is required to ensure that all Orang Asli in Kuala Koh are registered regardless of their age so that they would not miss out on the benefits enjoyed by Malaysians.

The Deputy Prime Minister’s Office said that this is among six steps agreed to at the coordinating meeting today on follow-up actions for the living conditions of the Bateq community in Kuala Koh, Gua Musang, Kelantan, following the deaths of 15 villagers in May and June.

Another measure agreed upon is for the Health Ministry to continue with the vaccination, nutrition and healthcare programmes for the Orang Asli community in Kuala Koh.

The meeting also agreed that the Orang Asli Development Department (Jakoa) should play a more active role in identifying new job opportunities for the Orang Asli in Kuala Koh so that they can be self-reliant and not be too dependent on contributions from the government and non-governmental organisations.

Jakoa and related agencies have been instructed to work together to ensure that water and electricity supply could be extended to Kampung Kuala Koh as soon as possible, the statement said.

The Kelantan Education Department will also be directed to introduce the Special Class Project (ProKHAS) for the Batek as soon as possible.

The meeting also resolved to step up cooperation with the Kelantan government, especially Syarikat Air Kelantan Sdn Bhd and the Gua Musang district officer, to better ensure the welfare and future of Orang Asli in the village.

"The deputy prime minister has urged all parties to cooperate in resolving issues faced by the Orang Asli in Kuala Koh to prevent a recurrence (of the tragic deaths),” the statement said.

Today’s meeting was a follow-up to the one held with NGOs and government agencies on June 18 this year.

It was aimed at getting the latest updates on the provision of water and electricity supply, creation of Alternative Learning Centre (ALC)/Community School, programmes on vaccination and mobile registration of births, and creation of job opportunities.

According to news reports, 15 people in the village had died this year following an outbreak of measles, with post-mortems confirming that three of the deaths were caused by measles and complications.