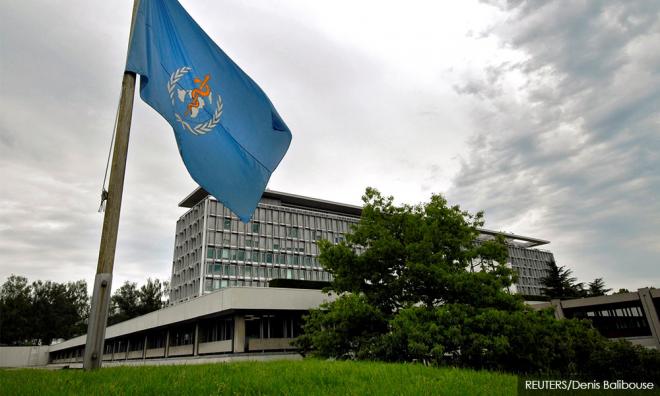 The World Health Organization said on Thursday it welcomed a commitment by Facebook that it would direct users seeking vaccine information on its Instagram, Facebook Search, Groups and other forums towards facts, not misinformation.

After several months of talks with the WHO, Facebook has pledged to direct its users to "accurate and reliable vaccine information in several languages" on the WHO's website, the United Nations health agency said, "to ensure that vital health messages reach people who need them the most".

"Major digital organizations have a responsibility to their users - to ensure that they can access facts about vaccines and health," the WHO said in a statement.

"Vaccine misinformation is a major threat to global health that could reverse decades of progress made in tackling preventable diseases," it said. Deadly infectious diseases such as measles, diphtheria, hepatitis, polio, cholera and yellow fever can all be prevented with immunisation, it noted.

Facebook confirmed in a statement that it is "starting to roll out more ways to connect people with authoritative information about vaccines on Facebook and Instagram".

The WHO says vaccines are one of the most powerful innovations in public health history and estimates that they save at least 2 million lives every year worldwide.

Immunisation means millions more children avoid becoming infected with debilitating diseases that would result in long hospital stays and time out of school, the WHO says.

But misinformation about vaccination has spread far on social media in many countries in recent years - including during major vaccination campaigns to prevent polio in Pakistan and to immunise against yellow fever in South America.

Facebook's move follows a similar decision by the social media company Pinterest Inc, which last week said its users searching vaccine-related topics, such as "measles" or "vaccine safety", would get results from organisations like the WHO, the CDC, the American Academy of Pediatrics and the WHO-backed Vaccine Safety Net.

The WHO said such moves by social media "must be matched by tangible steps by governments and the health sector" to promote trust in vaccination and respond to concerns of parents.

WHO says eradicating malaria 'can be done', but first aim is to control it
23 Aug 2019
Unicef chief warns against misinformation on vaccination
29 Jun 2019
Awareness on vaccination still low among Orang Asli - Waytha
19 Jun 2019
130,000 parents in support of including PCV in immunisation programme
3 Jun 2019