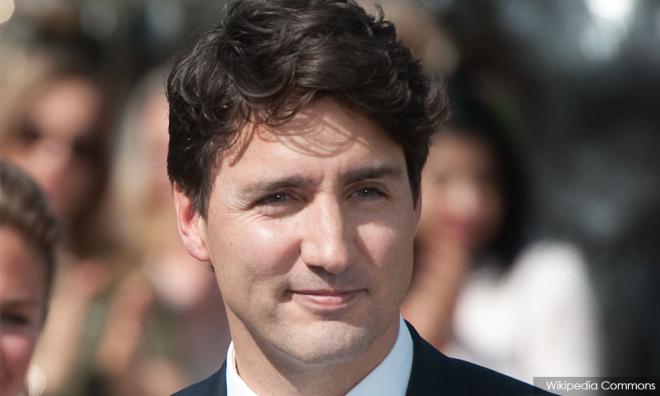 Canadian Prime Minister Justin Trudeau went on the offensive yesterday, promising to cut middle-class taxes and slash cellphone costs if re-elected after polls showed he took a significant hit when photos emerged last week of him in blackface.

Trudeau has repeatedly apologised for the images, which jarred with his oft-stated position that he wants to improve the lot of minorities in Canada and prompted accusations of hypocrisy.

Trudeau announced the proposed cuts to taxes and cellphone bills in the Ontario city of Brampton, where 58 percent of the population is either South Asian or black. The Liberals took all five of Brampton’s seats in 2015 and need to retain them in their bid to win the Oct 21 election.

“Canadians work hard, and they deserve to sleep easy at night,” he said. “By lowering taxes and cutting cellphone bills, our Liberal team will put more than C$1,500 per year back in the pockets of hardworking Canadian families.”

Sunday’s announcements aimed at helping Canadians shoulder cost-of-living increases, a key campaign issue for all parties, underlined how Trudeau is still trying to get his campaign back on issue. Last Friday, he pledged to ban military-style assault rifles and strengthen gun control.

But Trudeau’s campaign was shaken on Wednesday when Time magazine published a picture of him in brown makeup at a 2001 “Arabian Nights” party when he was a 29-year-old teacher. Two other images and a video of him in blackface later emerged.

The polls have now shifted and the Liberals are looking vulnerable in Ontario, said pollster Frank Graves of EKOS Research, who said he would release his survey figures later this week.

The day before the pictures emerged, “the Liberals were at or very close to a majority” in the House of Commons, Graves said. “That’s completely turned around and maybe the Conservatives are in majority range now.”

“The Liberals’ Ontario lead appears to have evaporated almost overnight,” he added. At the end of August, the Liberals had a 15 percentage-point lead over the Conservatives in Canada’s most populous province, according to an EKOS poll.

Conservatives would now win 35.5 percent of the national vote and the Liberals 32.9 percent, a Nanos Research poll released yesterday said.

The Liberal cellphone bill plan would be phased in over four years. Reuters reported last month that the plan would be part of the Liberal campaign platform. A family of four would save up to C$976 (RM3,067) each year once it is in place, Trudeau said.

Scheer, campaigning in the Atlantic province of Prince Edward Island yesterday, pledged more support for military veterans, saying Trudeau’s government had not fulfilled the promises made to them four years ago.

“You have been betrayed. You deserve better,” Scheer said.