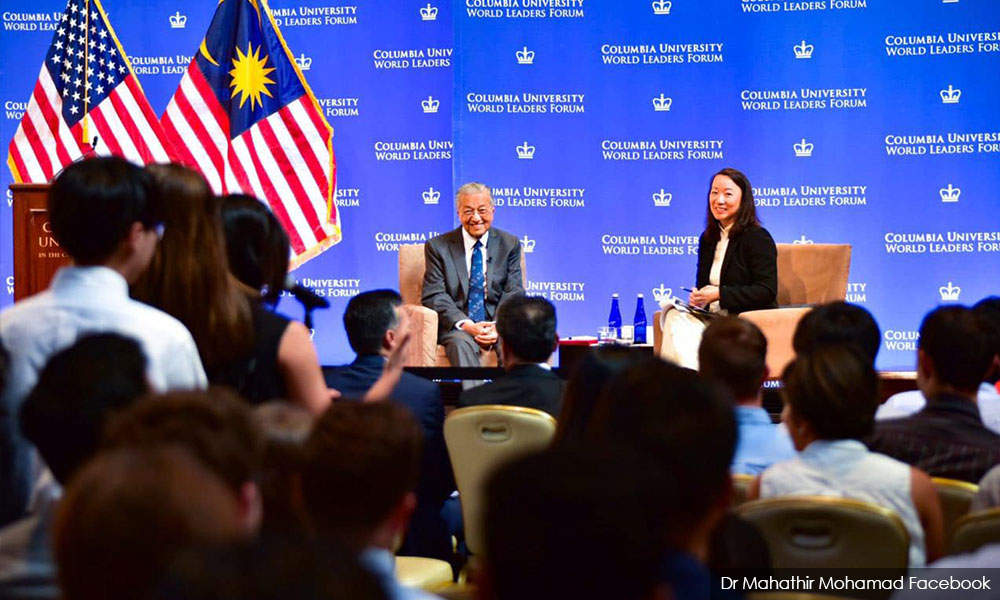 Freedom of speech is a myth

ADUN SPEAKS | Is free speech or unrestricted speech a defence for unsavoury or racist remarks about ethnic or religious groups?

Knowing very well that Mahathir might be making his anti-Semitic remarks, he was allowed the freedom to speak.

As the prime minister of Malaysia and vocal leader, Columbia University gave him an opportunity to speak.

When he was questioned by a member of the audience, he defended his speech as an exercise of freedom of speech.

Perhaps Columbia University might have made an exception in the case of Mahathir.

Its president Lee Bollinger, in his reply to those who opposed Mahathir from giving his speech said that students must be prepared to face difficult situations and not shy away from them.

Perhaps countries that are democratic and vibrant are in a position to put up with or tolerate speeches that are xenophobic in nature.

Is Malaysia or Mahathir in a position to take the stand adopted by Bollinger of Columbia University?

Can the government of Malaysia allow hate or racist speeches in the name of freedom of speech?

The consequences of permitting speeches in the name of freedom of speech are all well-known, especially in a multi-racial and multi-religious country like Malaysia.

If we invoke freedom of speech in Malaysia to engage in hate and extremism, the consequences are unimaginable.

Perhaps Mahathir is fully aware of the mechanical invocation of freedom of speech that might have dire implications, not just in Malaysia but in some other countries as well.

There is no absolute freedom of speech anywhere, even in mature democracies.

Freedom of speech cannot be used to deny freedom to others.

Just imagine what will happen if fugitive Dr Zakir Naik is given the absolute freedom of speech in this country?