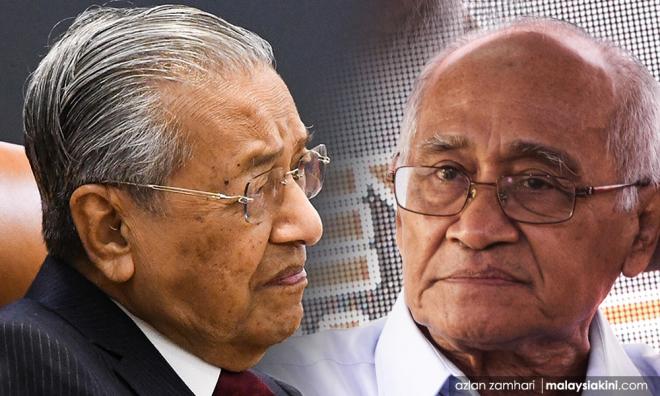 COMMENT |  PKR founder Syed Husin Ali yesterday raised an angry query over the seeming unwillingness of senior leaders of Pakatan Harapan component parties to hold coalition supremo Dr Mahathir Mohamad to the letter, if not the spirit, of the ruling alliance's GE14 promises.

The query is legitimate if, for no other reason than that in the lead-up to GE14, Mahathir had aired on occasion before his confreres in the Harapan presidential leadership council his surprise at their feistiness over issues of national import.

According to participants at these council meetings, Mahathir had contrasted the feistiness of his Harapan compatriots with the docility of their Barisan Nasional (BN) counterparts.

Apparently, meetings of the BN, which Mahathir headed during the 22 years of his premiership (1981-2003) while heading Umno, used to be a breeze, whereas he said he was finding the Harapan ones a test of his powers of concentration because attendees were willing to speak up when impelled...