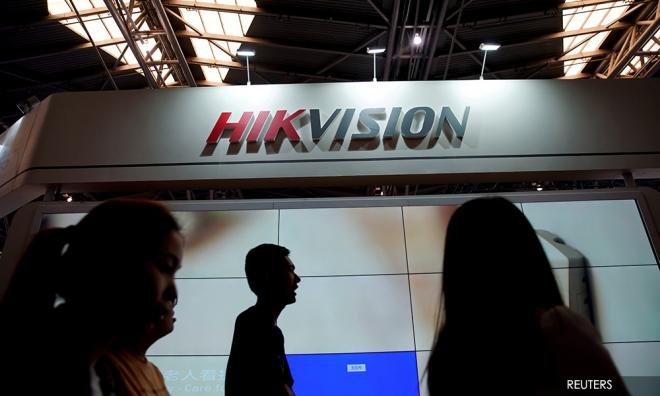 The US Commerce Department on Monday placed 28 Chinese public security bureaus and companies - including video surveillance company Hikvision and seven other companies - on a US trade blacklist over Beijing's treatment of Uyghur Muslims and other predominantly Muslim ethnic minorities.

Megvii filed for an IPO this summer of at least US$500 million in Hong Kong, while SenseTime raised US$620 million in a second round of funding in just two months last year, and is one of the world's most valuable unicorns in artificial intelligence.

While US officials said the announcement was not tied to this week's resumption of trade talks with China, the announcement sets the tone for a potentially more aggressive positioning by Washington in negotiations with Beijing to end an 15 month trade war between the world's biggest economies.

Reuters reported on the planned additions earlier on Monday, before the Commerce Department made it official.

The department filing said the "entities have been implicated in human rights violations and abuses in the implementation of China's campaign of repression, mass arbitrary detention, and high-technology surveillance against Uyghurs, Kazakhs, and other members of Muslim minority groups."

"The US Government and Department of Commerce cannot and will not tolerate the brutal suppression of ethnic minorities within China," said Secretary of Commerce Wilbur Ross.

Being added to the "Entity List" bars companies or other entities from buying parts and components from US companies without US government approval.

The Commerce Department previously added Huawei Technologies Co and more than 100 affiliates to the Entity List. The Huawei listing hurt many of its US suppliers that depended on the world's largest telecommunications company for revenue and made it difficult for Huawei to sell new products.

Hikvision, with a market value of about US$42 billion, calls itself the world's largest video surveillance gear maker. Reuters reported in August Hikvision receives nearly 30 percent of its 50 billion yuan (US$7 billion) in revenue from overseas.

A US Hikvision spokesman said late on Monday the company "strongly opposes today's decision by the US government" and noted in January it retained a human rights expert and former US ambassador to advise the company on human rights compliance.

"Punishing Hikvision, despite these engagements, will deter global companies from communicating with the US government, hurt Hikvision's US businesses partners and negatively impact the US economy," the company added.

Senator Marco Rubio, a Republican, praised the Commerce announcement. "The Trump administration is sending a strong, clear message that the United States will hold the Chinese government and Communist Party and their enablers accountable for Beijing's large-scale, systematic and egregious human rights abuses against Uyghurs and other religious ethnic minorities in Xinjiang," Rubio said.

The Chinese embassy in Washington did not immediately comment.

In April, a bipartisan group of US lawmakers urged the move against Chinese companies it called "complicit in human rights abuses" and specifically cited Hikvision and Dahua.

US Secretary of State Mike Pompeo said last week at the Vatican that "when the state rules absolutely, it demands its citizens worship government, not God. That's why China has put more than one million Uyghur Muslims ... in internment camps and is why it throws Christian pastors in jail."

John Honovich, founder of surveillance video research company IPVM, said Hikvision and Dahua both use Intel Corp, Nvidia Corp, Ambarella Inc, Western Digital and Seagate Technology as suppliers, and that the impact on the Chinese companies would be "devastating." Shares in Ambarella fell 12 percent in after hours trading on the news.

In August, the Trump administration released an interim rule banning federal purchases of telecommunications equipment from five Chinese companies, including Huawei and Hikvision.

The ban was included in the National Defence Authorization Act passed last year, and restricted the use of federal money to purchase telecommunications equipment and services and video surveillance equipment from "covered" telecommunications companies, citing national security concerns.

Huawei has repeatedly denied it is controlled by the Chinese government, military or intelligence services, and has filed a lawsuit against the U.S. government's restrictions.