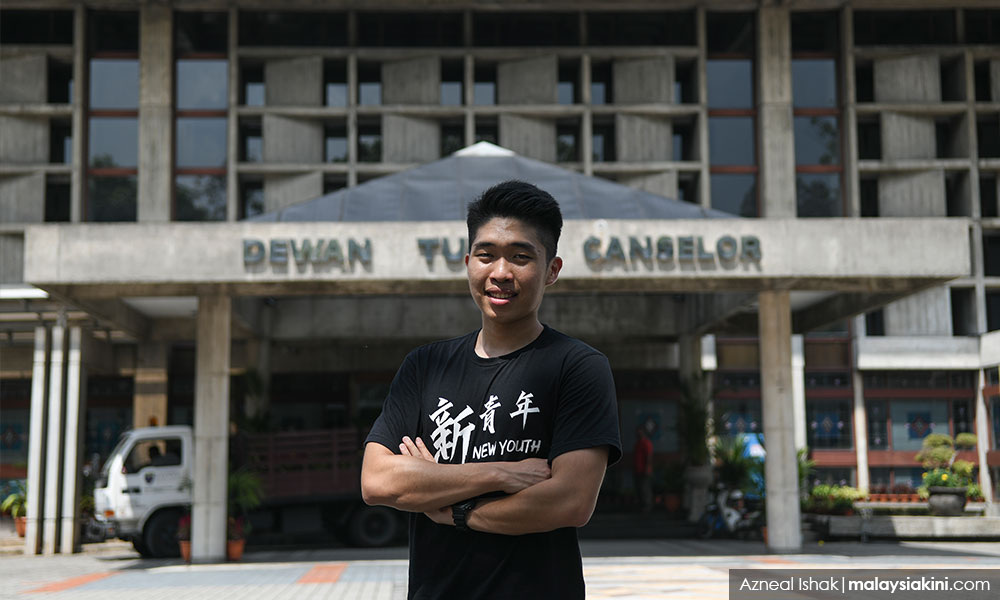 1. Student Wong Yan Ke, who staged a protest against Universiti Malaya vice-chancellor Abdul Rahim Hashim, told Malaysiakini that he is opposed to racism by any race, including his own, even as National Professors Council president Raduan Che Rose said UM has the right to withhold or revoke his degree.

Meanwhile, UM's General Staff Union and Administrative and Academic Officers Association (Pekerti) came out strongly in defence of the vice-chancellor who made racially-charged speeches at the Malay Dignity Congress earlier in the month.

2. Permatang Pauh MP Nurul Izzah Anwar will receive RM850,000 in damages in her lawsuit over defamatory statements that linked her with self-styled Sulu princess Jacel Kiram. She sued Bera MP Ismail Sabri Yaakob and Ex-IGP Khalid Abu Bakar, alleging that they had portrayed her as a traitor to the country and the mastermind in the Lahad Datu intrusion in Sabah in 2013.

3. Klang MP Charles Santiago said Prime Minister Dr Mahathir Mohamad knows only too well that vague answers won’t quell rumours concerning his handover of power to PKR president Anwar Ibrahim, so he should come out with a firm denial.

4. The Dewan Rakyat sitting took a brief pause during the Budget 2020 debates as the attendance fell below the quorum of 26 MPs.

5. Safety regulations for the much-hyped “flying car” are not expected to be ready anytime soon despite news that a prototype of the car is slated to be launched at the end of the year, the prime minister said.

7. A new book by the Consumers Association of Penang revealed that, in 2017, each government-linked entity executive director (including the CEOs) earned on average as much as the total minimum wages of 308 employees - that's estimated to be over RM300,000 per month.

8. Goldman Sachs has been in talks with Malaysian authorities to drop criminal charges against three subsidiaries of the bank in connection with the 1MDB scandal, the Southeast Asian country's top prosecutor told the Nikkei Asian Review.

9. PAS president Abdul Hadi Awang has likened Pakatan Harapan to a chaotic ship with its passengers demanding to go to different destinations.