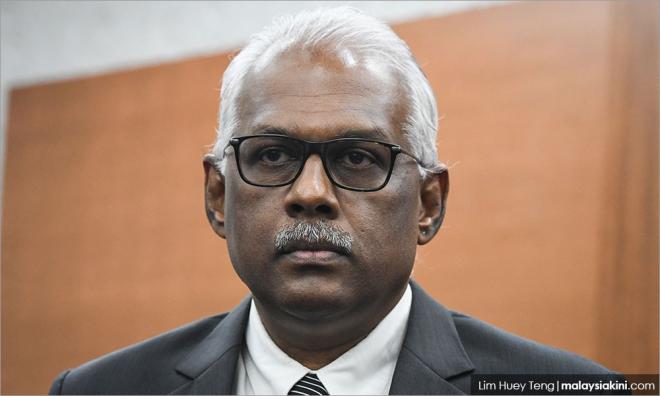 Prime Minister Dr Mahathir Mohamad knows only too well that vague answers won’t quell rumours concerning his handover of power to PKR president Anwar Ibrahim, so he should come out with a firm denial, said Klang MP Charles Santiago.

"Why didn’t he give a concrete reply to reporters who asked about the possibility of the opposition forming a government with Bersatu, instead of his reply, 'They can try'," asked Charles (above) in a statement today.

"Mahathir could have tried harder to convey the message that the Pakatan Harapan government is here to stay, and he has no intention whatsoever of ditching his partners," he said.

"We have a job to do - to boost the economy, create sustainable employment, reduce prices of essential items, reduce crime and much more. Politicking and manoeuvring for power just isn’t on the list," said Charles whose criticism of the prime minister in August for making unilateral decisions met with a sarcastic reply.

Charles said it was unbecoming of the opposition to try and cut back door deals '"like what Hishammuddin Hussein (below) has been rumoured to be doing."

He added that Mahathir must send a succinct message to the opposition to stop trying, and remember that Harapan’s mandate comes from the people.

That mandate includes the promised handover of power to Anwar.

"Malaysians booted out Umno and BN. It’s therefore unfathomable that the opposition would still try to find cunning ways to manipulate their way back to power.

"In fact, it’s a shameless thing to do," said Charles.

He added that the meetings between some opposition members, including Hishammuddin, and Mahathir don’t help.

At that time, Mahathir downplayed the meeting, stating it was "nothing new" and that he meets all quarters, including NGOs.

"This allows for rumour-mongering, which threatens the trust amongst Harapan partners," Charles said.