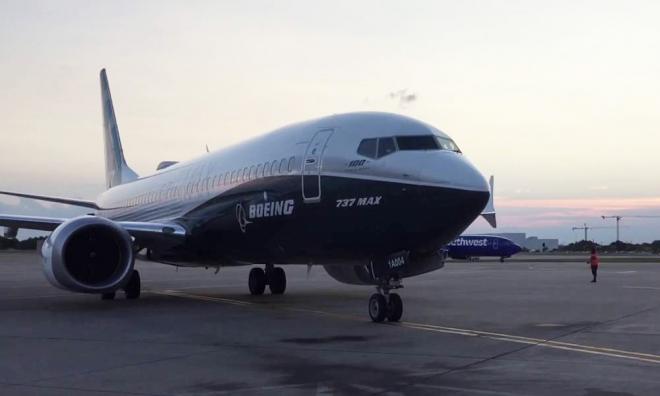 A Boeing Co senior pilot said he might have unintentionally misled regulators, in a series of internal messages from 2016 that became public Friday, plunging the world's largest airplane maker into a fresh crisis.

The messages, first reported by Reuters, sent Boeing shares tumbling, prompted a demand by US regulators for an immediate explanation, and a new call in Congress for Boeing to shake up its management as it continues to grapple with the fallout from two fatal crashes that have grounded its fastest-selling plane.

In a transcript of instant messages between two employees, the 737 MAX's then-chief technical pilot, Mark Forkner, said the so-called MCAS anti-stall system in the airplane was "running rampant" in a flight simulator session. The system has been tied to the crashes in Indonesia and Ethiopia that together killed 346 people.

The messages, which sources provided to Reuters, appear to be the first publicly known observations that MCAS behaved erratically during testing before the aircraft entered service.

The Federal Aviation Administration ordered Boeing Chief Executive Dennis Muilenburg to give an "immediate" explanation for the delay in turning over the "concerning" document which Boeing discovered some months ago.

The fresh discovery came days before Muilenburg, who was stripped of his chairman title by the board last week, is due to testify before Congress.

"These messages indicate that Boeing withheld damning information from the FAA, which is highly disturbing," Peter DeFazio, Chair of the US House of Representatives transportation committee, wrote in a letter to US Transportation Secretary Elaine Chao on Friday.

The FAA said it "is reviewing this information to determine what action is appropriate."

A person briefed on the matter said Boeing failed to turn over the documents to the FAA for four months and that the Justice Department is also in possession of the messages.

Boeing said on Friday that Muilenburg had called FAA Administrator Steve Dickson to respond to the concerns raised in his letter and assured him that the company "is taking every step possible to safely return the MAX to service."

It said it had produced the document containing a former Boeing employee's statements to the appropriate investigating authority earlier this year, and brought it to the attention of the Department of Transportation on Thursday.

Boeing has been cooperating with the House of Representatives Transportation & Infrastructure Committee's probe into the 737 MAX and will continue to do so in investigations by US authorities, the company said.

Boeing turned the documents over to the U.S. Department of Justice and the FBI in February, one source said.

Federal prosecutors aided by the FBI, the Department of Transportation's inspector general and several blue-ribbon panels are investigating the 737 MAX's certification. And the U.S. Senate Commerce Committee confirmed it will question Muilenburg at an Oct. 29 hearing, one day before a House of Representatives panel is scheduled to question him.

The 737 MAX has been grounded worldwide since March, forcing more than 100 daily flight cancellations at large U.S operators of the aircraft such as Southwest Airlines Co and American Airlines, and eroding their profits.

Boeing has said the grounding has already cost it at least US$8 billion.

Forkner said in one text message, "I basically lied to the regulators (unknowingly)." The other employee responded that "it wasn't a lie, no one told us that was the case" of an issue with MCAS.

Forkner responded soon after: "Granted I suck at flying, but even this was egregious." At one point Forkner said "there are still some real fundamental issues" in the simulator.

In the exchange, Forkner said he was writing while "drinking icy cold grey goose."

"If you read the whole chat, it is obvious that there was no 'lie,'" Forkner's lawyer David Gerger said by email on Friday.

"The simulator was not reading right and had to be fixed to fly like the real plane. Mark's career – at Air Force, at FAA, and at Boeing – was about safety. And based on everything he knew, he absolutely thought this plane was safe."

Forkner and his colleague allude to technical problems with the simulator itself, which one former Boeing test pilot said may have contributed in some way to Forkner's observations and conclusions of MCAS' behavior.

In a separate batch of emails, released by the FAA on Friday, Forkner said in November 2016 that he was working on "jedi-mind tricking regulators into accepting the training that I got accepted by FAA."

DeFazio, the House committee chair, said such "tricks and boasting" indicates "improper coziness between the regulator and the regulated."

Forkner is no longer employed by Boeing. The Seattle Times reported in September that he repeatedly invoked his Fifth Amendment right to not turn over documents subpoenaed by the Justice Department.

The FAA reiterated that it is "following a thorough process, not a prescribed timeline, for returning the Boeing 737 MAX to passenger service. The agency will lift the grounding order only after we have determined the aircraft is safe."

Boeing has been revising the 737 MAX software as part of its efforts to win fresh approval for the jet to fly again.

Southwest, the world's largest operators of the 737 MAX, said in a statement it had been unaware of the messages but continued to work with the FAA and Boeing to safely return the aircraft to service.

The Southwest pilots union, which has filed a lawsuit against Boeing for lost wages during the grounding, said in a statement that the document was "more evidence that Boeing misled pilots, government regulators and other aviation experts about the safety of the 737 MAX."

"As pilots, we have to be able to trust Boeing to truthfully disclose the information we need to safely operate our aircraft. In the case of the 737 MAX, that absolutely did not happen," Southwest Airlines Pilots Association President Jon Weaks said.