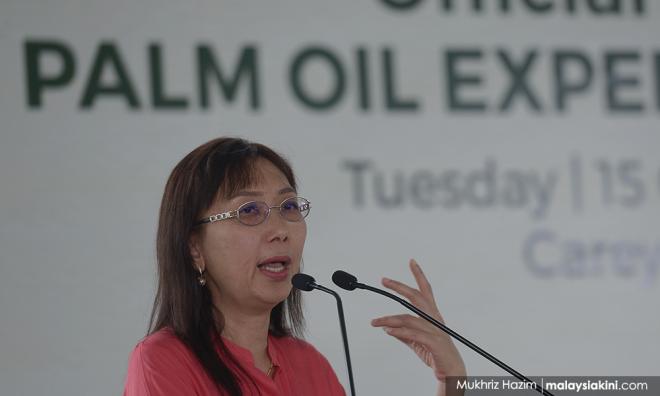 Next year’s implementation of B20 biodiesel for the transportation sector is timely at a time when the country’s palm oil industry is facing trying times, in addition to the European Union’s (EU) ongoing discriminatory acts against the vital commodity, said Teresa Kok (above).

The Primary Industries Minister said cooperation with petroleum companies in the country is, therefore, crucial to kick-start the B20 biodiesel programme to upgrade blending depots throughout the country.

"The quicker we implement the programme, the sooner it could help in reducing the country’s stock level (of palm oil)," she said, adding that the implementation of B20 biodiesel is expected to boost the demand for palm oil by 500,000 tonnes per annum.

Kok was met by reporters after attending the Malaysian Rubber Board assembly in Kuala Lumpur today.

Finance Minister Lim Guan Eng, when tabling the 2020 Budget recently, said the programme would be implemented by end-2020.

However, as there was no allocation set for the programme, Kok said her ministry is having discussions with the Ministry of Finance, Ministry of International Trade and Industry and Ministry of Domestic Trade and Consumer Affairs to sort out the matter.

"The discussion is ongoing," she said.

On another matter, the minister urged local companies producing commodity-based products such as pepper and chocolate to come up with attractive packaging to entice more demand.

"Next year we will be facing an economic downturn. Therefore, we have to explore more markets and add more downstream products," she said.

For the period of January-August 2019, the agri-commodity sector recorded a total trade value of RM107.7 billion, while the trade balance was RM56.9 billion.

Exports of commodity products for the period amounted to RM82.4 billion or 12.7 percent of the country's total export earnings.

The export earning for commodity products during that period stood at RM82.4 billion or 12.7 percent of the country's total export earnings, a three percent decrease compared to RM84.9 billion chalked in the same period last year.

The decline in the export value of agri-commodity products was caused by the decrease in exports of major products such as palm oil, palm-based oleochemicals and natural rubber.

Although the value of exports declined, exports of palm products increased by 13.7 percent to 18.7 million tonnes.