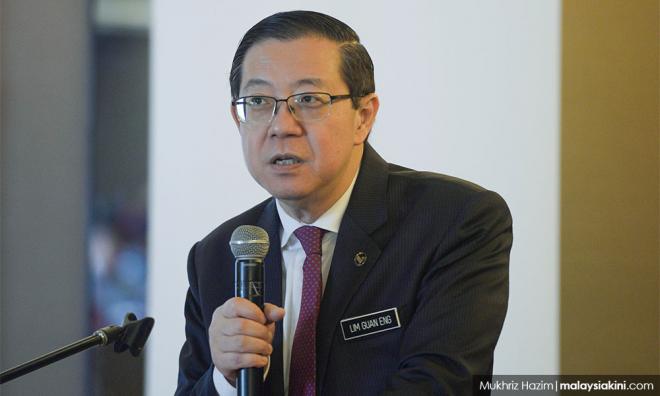 1. Finance Minister Lim Guan Eng responded to claims that Khazanah Nasional Berhad being placed under Prime Minister Dr Mahathir Mohamad showed he was subservient, explaining that several other entities have also been placed under his own jurisdiction.

2. The Malaysian Trades Union Congress (MTUC) accused Human Resouces Minister M Kulasegaran of "union-busting" for allowing the setting up of multiple unions at a workplace.

3. Home Minister Muhyiddin Yassin acknowledged a US report that Malaysia was a transit destination for terrorists but stressed that Putrajaya has been working hard to address the problem.

5. The Tanjung Manis PKR division election was aborted after an injunction was filed by a disqualified candidate amid factional fighting.

6. Putrajaya failed to secure an injunction against five companies from working on land in Gua Musang claimed by the Temiar community.

7. The Defence Ministry said it will seek legal advice on how to proceed with the acquisition of six helicopters, for which the government had already paid RM112 million but were not delivered.

8. Prime Minister Dr Mahathir Mohamad said he was disappointed that the Regional Comprehensive Economic Partnership (RCEP) trade deal has not been concluded after seven years.

9. Bukit Gelugor MP Ramkarpal Singh criticised Inspector-General of Police Abdul Hamid Bador for dismissing the torture claims of several detainees suspected of having links with the Liberation Tigers of Tamil Eelam (LTTE) without prior investigation.