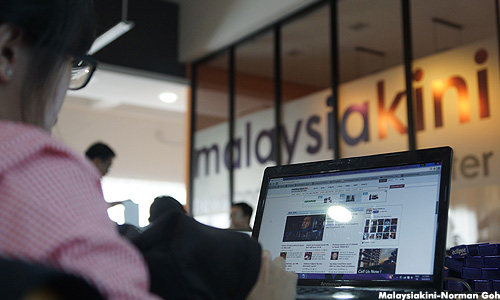 COMMENT | A few days ago, I read an article by my colleague Martin Vengadesan, ‘Ok boomer! - Dealing with those who disagree with us’.

He made a reference to what former US president Barack Obama said which made me choke over my coffee, "The world is messy, but you have to realise the people you are fighting - they love their kids too.

"I do get a sense that (people out there are thinking) - the way of me making change is to be as judgemental about other people as possible.

"That is not activism, that is not bringing about change. If all you're doing is casting stones, you're probably not going to get that far. That's easy to do."

Obama is right. Being non-judgemental takes tremendous self-discipline and empathy. The ability to walk in the shoes of others and not trashing them at their first mistake require tremendous power. When one steps into a leadership role, the need to be non-judgemental is even more important because your every thought and word will influence your followers.

Leadership is tough. I personally shied away from position and power as I always felt it got in the way of real work. I am curious about the spiritual dimension of life and not keenly attracted to the ways of the world. As such, it took many years before I accepted a small leadership role.

I have always wonder whether leadership and spirituality can intertwine. Standing outside Columbia University about a month ago - where I attended a class on the role of the media - I faced the sun, closed my eyes and asked myself, "What am I doing here in New York? I should be out there in the ‘kampung’ helping Orang Asli children learn to read. Is all this glamour of being in the media actually doing God's work?"

I am so afraid of losing myself in the noise of the world and even worse, turning into an unrecognisable beast in face of all the harshness of the world.

The answer came to me through our last speaker, former Forward editor-in-chief Jane Eisner, who is now director of academic affairs at Columbia Journalism School in New York. The first thing one notices is that she is a slight, almost delicate-looking woman with too calm a voice. She sat before us, small hands folded across her lap and began her story.

Eisner had poured her entire life force into her work, making Forward one of the most influential Jewish American publications and giving the community a progressive voice. After all her years of service and dedication, and winning an outstanding award from her organisation in November 2018, the management asked her to step down as editor-in-chief claiming that she was in the way of Forward moving forward.

Eisner was jobless for eight months, finally moving to Columbia University. Most of us were in tears when she ended her story, but Eisner held herself together as calm as calm could be. I was mesmerised by the fact that she told her story in a manner which was fair and just, without assigning blame and in complete respect for the people who had ousted her.

To be hurt and not fight back

I was wondering what one needs to do to become such a human being? To be beaten down to the ground but not hit back? To be hurt but not hurt back? To be condemned yet look with empathy upon your enemy? To exude love in the face of betrayal? To be judged wickedly but never to judge?

Then she said the words which answered my question: "Leadership is spiritual work. It is the hardest work and the highest form of service. Do not take on leadership roles if you wish to take it lightly."

And suddenly I understood how she did it. If leadership is spiritual work, then one transcends and transforms personal pain into collective love. You take the pain of personal injustice and practice an activism which enriches your surroundings, instead of casting stones.

Obama was right. Casting stones is easy. It does not bring about real change. It isn't activism. True leadership transforms pain to love. It transforms personal pain to collective love.

Malaysiakini has aspired to play both the roles of activism and leadership.

We have seen judgement and betrayal ride the landscape of this country for over 20 years. We have experienced them ourselves. Yet, we have taken the bad and sown the seeds of love into this country. We did not do this alone. We did this with you – those who have stood by us through the thick and thin.

Next Saturday, Nov 23, we wish to stand with you to celebrate our 20 years of service to the community. Come to our anniversary dinner. Enjoy great company, good food and hilarious acts by some of our top comedians. We are expecting 1,000 people at the event. Many of whom are people like you, our supporters.

There are a few seats left. Get them here.

We hope you will join us as we walk down memory lane and remember what it took to get all of us here. And maybe, it's also time to remember that the people who fight us love their country too.

LYNN D’CRUZ is a member of the Malaysiakini team.