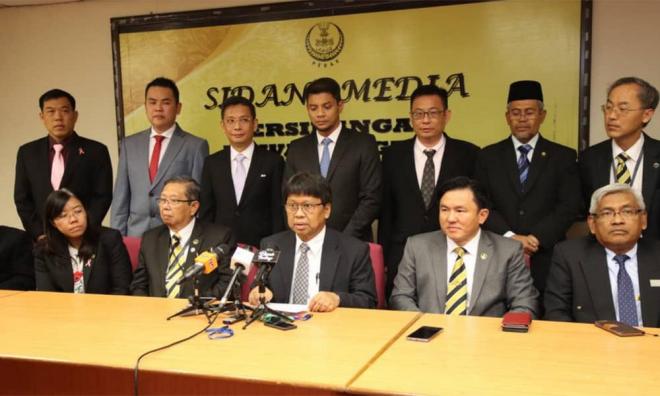 This comes after Faizal drew flak from the DAP over his remark on "sole battle against DAP" and the emergence of a new video showing a man resembling DAP exco member Aziz Bari allegedly seeking to oust the Perak menteri besar.

"There were attempts to threaten the stability of the Harapan state administration," he said.

"Although several explanations have been given inside and outside of the (state legislative assembly) some continue to create an evil perception against the integrity of the state government," he said.

"We have therefore come together to pledge full and undivided support for the leadership of Ahmad Faizal as the state menteri besar," he said.

"We give our assurance that the state government will continue to be strong and that we have no problems in governing the state," he said.

He urged all parties, especially Perakians, to ignore the irresponsible allegations and continue placing their trust in the state government.

Faizal did not attend the press conference today.

This was not the first time Asmuni and his colleagues have called for press conference to express their support for Faizal. The last was held in April after a video clip emerged featuring a Perak exco member calling for Faizal to be replaced.