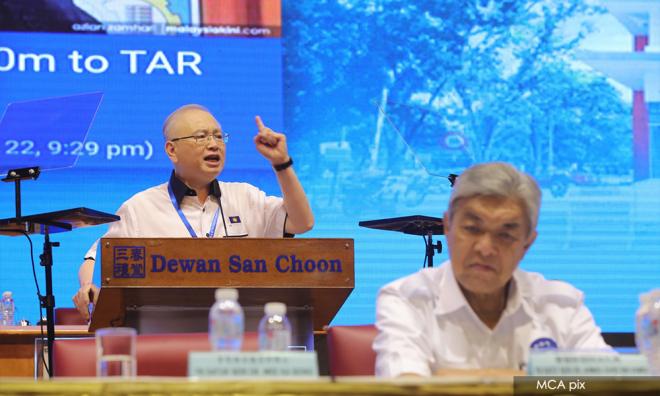 MIC open to joining Muafakat Nasional, and 5 news from yesterday

1. MIC has expressed willingness to join Muafakat Nasional as the latter explores the possibility of becoming a formal coalition. However, MCA’s Wee Ka Siong insisted that Muafakat Nasional is just a “spirit of togetherness” among the opposition parties.

3. Police are investigating a gathering organised by former Communist Party of Malaya members to commemorate the 30th anniversary of the Hat Yai Peace Accord. At the event, Prime Minister Dr Mahathir Mohamad won rare praise from DAP leader Ronnie Liu over the former’s stance on communist leader Chin Peng’s remains.

4. The Johor state assembly has unanimously passed a bill requiring all assemblypersons to declare their assets.

5. PKR advisory council chairperson Dr Wan Azizah Wan Ismail put her foot down on the prolonged party infighting, saying there will only be one national party congress.

6. Malaysia chalks up more SEA Games medals at events such as wushu, polo, and breakdancing, but the awards ceremony for the wushu event was delayed when the Malaysian flag prepared by the Philippine organising committee turned out to have a printing error.