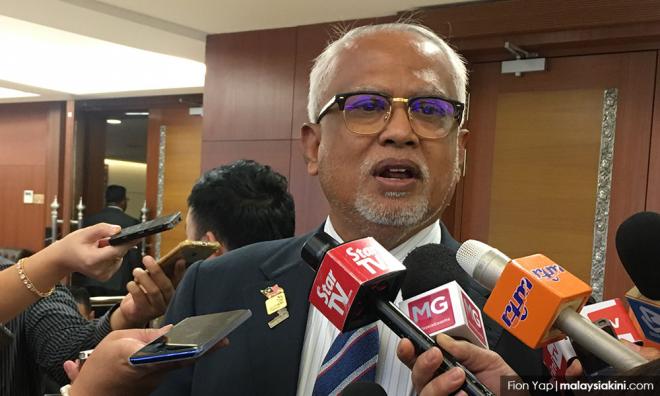 'PM can cut off funds to MPs refusing to declare assets'

AMANAH AGM | Amanah vice-president Mahfuz Omar has called on the parliament and Prime Minister Dr Mahathir Mohamad to act against lawmakers who refused to declare their assets.

Speaking to reporters at Amanah's National Congress in Shah Alam today, the Deputy Human Resource Minister said Mahathir has the power to withdraw development allocations for any MPs from the government or opposition.

"I don't think this will require any amendments because it is under the power of the prime minister," the Pokok Sena MP said....