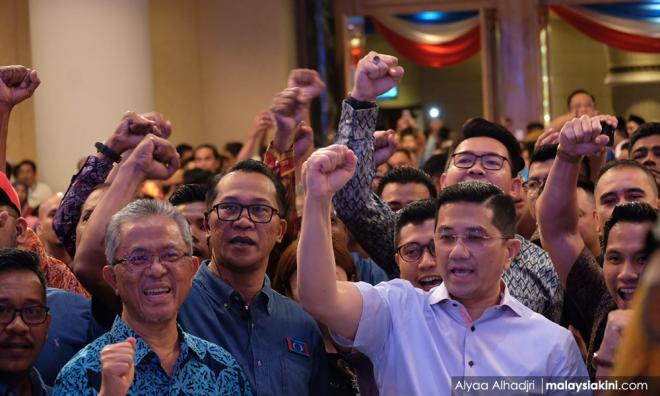 1. The conflict in PKR has escalated with supporters aligned to party deputy president Mohamed Azmin Ali launching a broadside against allies of PKR president Anwar Ibrahim.

2. Azmin's allies also boycotted the last day of the PKR national congress, claiming that Anwar's faction had breached a ceasefire.

3. The only Azmin ally to attend the closing of the congress was PKR vice-president Tian Chua who remained steadfast in his criticisms despite boos and jeers from the delegates present.

4. PKR vice-president Zuraida Kamaruddin alleged that Anwar had tried to convince her about the authenticity of a sex video implicating Azmin.

5. Amanah delegates maintained the status quo in their party election but were highly critical about the leadership's performance in the government.

6. Prime Minister Dr Mahathir Mohamad said he will look into claims of a "deep state" within the civil service.

7. Attorney-General Tommy Thomas clarified that he did not consult Election Commission chief Azhar Azizan Harun with regard to PKR vice-president Rafizi Ramli's case under the Banking and Financial Institutions Act, as previously reported.

9. DAP secretary-general Lim Guan Eng accused Umno of trying to fan racial sentiments after a delegate claimed the DAP was bringing in "phantom voters" from China.