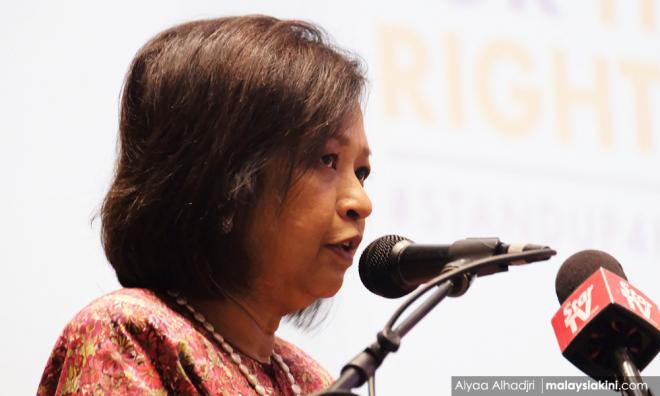 Marina: Equal rights proponents not out to 'dance naked in the streets'

People who are demanding their rights are not demanding more rights than others, said social activist Marina Mahathir in a keynote speech to commemorate World Human Rights Day today.

Speaking at Suhakam’s 20th anniversary function in Kuala Lumpur, Marina said minorities are often mispresented as trying to get special treatment, when in reality they just wanted to be treated as equals.

"People in positions of privilege often claim that if we give more rights to some people, they will likely abuse them.

"If we give them freedom to be themselves, they say, they will want to dance naked in the streets," she said, describing such claims as "alarmist propaganda" that must be confronted and refuted...