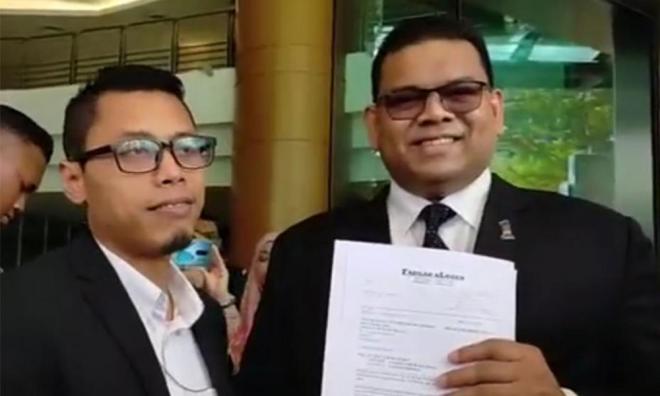 "So today I am delivering this letter from my lawyers to Thomas with a seven-day deadline for him to respond.

"If he does not respond, then my lawyers will take legal action against him," said Lokman at the Attorney General’s Chambers (AGC) in Putrajaya.

The sex video in question depicted two male politicians in bed. It was spread to reporters on July 11, by WhatsApp.

Haziq subsequently confessed that he was depicted in the video and that the incident took place on May 11 at Four Points Hotel in Sandakan, Sabah.

Azmin has since dismissed the allegation as "vicious libel".

Lokman further claimed that his demand today was made based on alleged information from within the AGC that there were draft charge sheets prepared against the two men in the video - under Section 377B and Section 377D of the Penal Code - related to committing unnatural sex and gross indecency.

The investigation surrounding the case had begun since June and Lokman reminded that he had also handed police with several results of foreign forensic analysis of the video, but to date, there has still been no official confirmation on the identities of the two individuals.

He further urged Federal Criminal Investigation Department director Commissioner Huzir Mohamed to keep his promise to reveal the identities of those involved in the sex video, to maintain the integrity of the force.

In November, he said police have sent the sex video to a university in the US for analysis.

"Very sure before the end of the year," Huzir had said, when asked for an expected time for police to obtain the results.