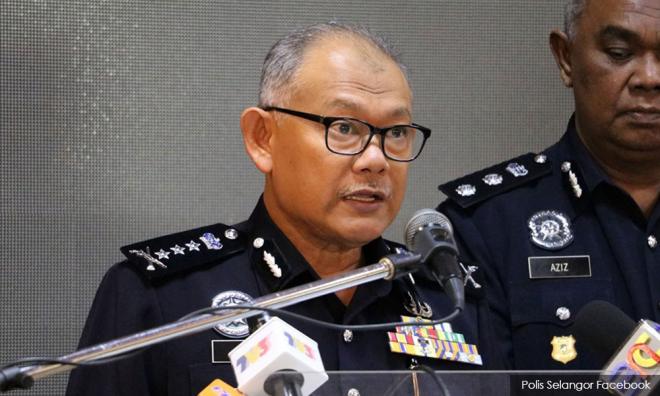 Selangor police have taken action against 58 personnel for drug abuse during several operations since August.

The policemen were picked up in an operation dubbed "Ops Blue Devil".

Selangor police chief Noor Azam Jamaludin said they were waiting for a full report on the matter to charge the policemen involved in court.

“So far, we have charged five who tested positive for drugs under the operation,” he said at a press conference in Shah Alam today to highlight the achievements of the Selangor police throughout last year and plans for this year.

“Action has been taken against 439 suspects under the Prevention of Crimes Act (Poca) last year,” he said.

At the same time, Noor Azam informed that last year marked a great success for the Selangor Narcotics Criminal Investigation Department as several raids were conducted leading to the discovery of large amounts of drugs.

The department’s biggest success last year was the largest drug haul in the country comprising 3.2 tonnes of cocaine and 500kg of ketamine worth about RM676 million in Shah Alam on Aug 19 that led to the arrest of 13 suspects.

“Police also raided four drug laboratories around Selangor with seizures worth RM15,873,180 and seven suspects have been arrested,” he said.

He said this year, they would strengthen the scope of investigation under Poca and the Security Offences (Special Measures) Act 2012 (Sosma) against organised crime syndicates.