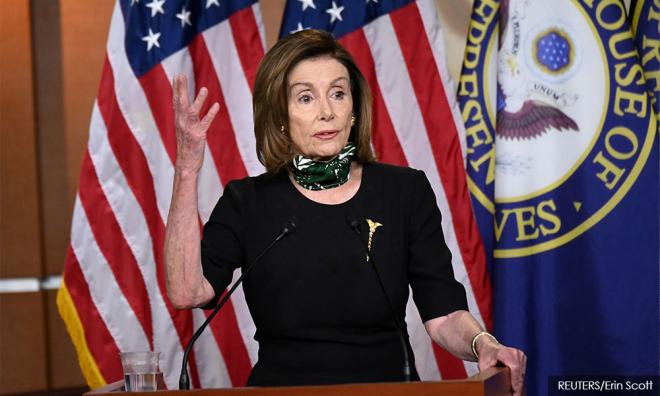 President Donald Trump came under attack from both sides of the American political spectrum on Thursday as liberal Democratic leader Nancy Pelosi and former White House aide and conservative hawk John Bolton both declared him unfit to lead the country.

“President Trump is clearly ethically unfit and intellectually unprepared to be the president of the United States,” Pelosi (above), the speaker of the US House of Representatives, told a news briefing...
united states
presidential election
donald trump
unfit
nancy pelosi
john bolton
Related Reports
Trump signs bill pressuring China over Uyghur Muslim crackdown
2 months ago
All the president's countries featured so far in Bolton's book
2 months ago
Bolton: Trump asked China to help him win in 2020, offered 'favours to dictators'
2 months ago
US sues ex-Trump adviser Bolton to block book publication
2 months ago