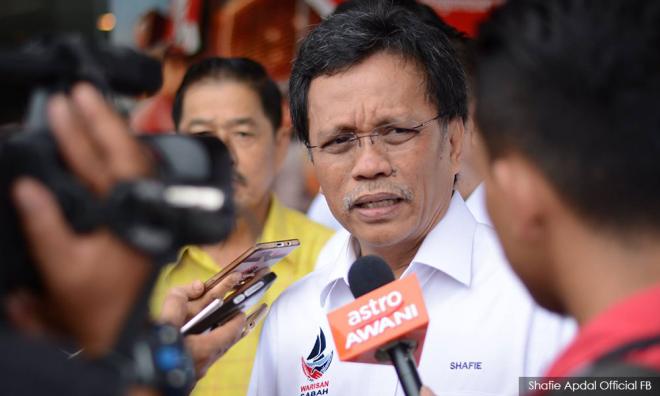 YOURSAY | A new permutation as Shafie joins the fray

YOURSAY | ‘Get over the impasse and respect the mandate of the rakyat.’

Vote4changejohor: With due respect, can you buy that fantasy about a Sabahan (East Malaysian) as PM when there is never a time in history that an East Malaysian was even a deputy PM. Be realistic.

No citizens will believe that this “on the sideline” suggestion from an ambivalent elderly former premier will work. As expected, Umno from both Sabah and the peninsula has rejected this proposal straight away and so will PAS, and other major parties and MPs from the peninsula and maybe Sarawak.

It is better for Shafie to go for the deputy post to bring stability and stronger voice/representation for East Malaysia and let the PM candidate be chosen from the current Harapan which was endorsed by the citizens during GE14.

Let Rakyat Decide: Surely sound-minded Malaysians can accept any capable leader, whether from East or West of the country.

But with due respect to Shafie, this proposal is a clear sign of desperation without a goal. Mahathir has clearly gone off the rail for his own reasons. Along the way, he has paralysed PKR, split Bersatu, empowered the backdoor government and is well on the way to break up Harapan too.

Ultimately, Malaysians will continue to bear the consequences.

The Wakandan: I don’t think the Shafie proposal will break the PM impasse. I can’t see how that will persuade GPS to change their mind. GPS will not accept DAP, and PKR will not accept Shafie.

GPS were BN people. Why would they team up with Harapan? If they are to team up with anybody, it will be the former BN, the reason why they joined PN.

GPS is not made up of saints, they are the very people that Harapan wants to topple. So, the Shafie proposal does not make sense to them and worse, they only see this proposal as Mahathir’s propaganda, dubious and self-serving.

If either side gets the PM candidacy for Harapan, it will hurt the other side. The choice of Sabah Chief Minister Shafie Apdal is more than just a gambit. It is a compromise. He was never in the picture for the premiership before.

If Anwar is still adamant to be PM, it will not benefit anyone. Right now, PKR is the only one that does not want to negotiate. PKR could not give Mahathir six months as PM. To choose someone else to be PM apart from Mahathir and Anwar, is also something the party seemingly cannot do. The only way for PKR is for Anwar to be PM.

Though, at the same time, I would rather have Anwar be PM rather than Umno’s Najib Abdul Razak or Ahmad Zahid Hamidi. But it’s not about our own preferences. It is about who is best for the job.

Perhaps at the moment, the best person for the job is neither Mahathir nor Anwar. Shafie for me is a good compromise. Anwar should stop being greedy and allow that to happen and just stay as deputy PM. Saving Malaysia should never be about ego. If you want to be Malaysia’s saviour, prove it to us.

The ones who hurt Harapan the most are those who do not want to budge from their ideals. DAP and Amanah are the best, they are willing to discuss and negotiate.

BlueFish0451: Can you see Mahathir’s ill-hearted intention? This suggestion to make Shafie the PM and Anwar the deputy PM is to wreck Anwar's political future. This is how it works.

Even without Mahathir's support but with Shafie's, Anwar still stands a chance to be PM. He just needs to win over a few more MPs.

However, by putting up Shafie as a PM candidate, Mahathir is now pitting Shafie against Anwar and the latter stands to lose Warisan's support, and thus his chance to be PM is completely wrecked by Mahathir.

If Mahathir is a fair and reasonable person, a decent arrangement is for Anwar to be PM and Shafie as deputy PM. I still do not know why his son Mukhriz Mahathir deserves to be deputy PM. Does anyone know?

Orang Tua: I think there's a real chance the proposal could be a winner - but Mukhriz must be taken out of it and replaced with a non-Malay of stature and calibre. Then, Shafie will win the support of many.

Gaji Buta: We all know East Malaysian politicians are only interested in their own state. Do you expect Shafie to look after the interest of all Malaysians?

I don't remember him speaking up about anything concerning Malaysia. Do you think he will look into the development and policies that will benefit the whole nation?

On the other hand, he may be less obsessed with Malay issues and policies biased to one race, which may allow others to come up for air.

Specialist Batsman: Dear PRS leader James Masing, never rule anything out superficially in politics. Who would have thought that Muhyiddin would become a prime minister leading a backdoor government without any mandate just a few months ago?

I would have thought that, as a Sarawakian, you would be delighted to have a fellow East Malaysian as PM. After all, Sabah and Sarawak have been neglected long enough over the past 57 years.

Constitutional Supremacy: Earlier they had been demanding for an East Malaysia candidate for PM post. Now given the chance, they are rejecting it. It seems divisive politics runs deep in the country. A statement should come from the Sarawak CM, not Masing.

On the other hand, he says Shafie is a good and capable leader. His final point that West Malaysians won't accept Shafie as PM is without basis intended to poison the mind of the rakyat.

Shafie is a Muslim. He has been vice-president of Umno. Most Malaysian's will have no problem voting for him.

Rational.154763: Go for it. Give this novel idea a try. After all, East and West Malaysians are equal partners.

Get over the impasse and respect the mandate of the rakyat. Most East Malaysians will rejoice except those with selfish personal agendas.

I hope DAP and Amanah will not pursue this matter further as Sarawak does not seem interested. In addition, Mahathir wants his son to be deputy PM.

Caripasal: Warisan and Harapan will need each other should a snap election be called soon. Nominating Shafie will pit Warisan against Harapan and that is definitely bad for them in polls.

The question will arise as to who, between Anwar or Shafie, should be the PM candidate for Harapan Plus in the general election. By nominating Shafie, Mahathir will clearly create instability among coalition allies, intentional or otherwise.

yoursay
shafie apdal
anwar ibrahim
mahathir mohamad
pakatan harapan
pakatan harapan plus
Related Reports
COMMENT | Why is Mahathir crucifying Anwar?
3 d ago
Dr M: I expected criticism but Mukhriz as DPM proposal not by me
3 d ago
Shafie grateful for PM nomination but wants consultation
3 d ago
Harapan Plus: DAP, Amanah reject any deals with Hamzah
3 d ago