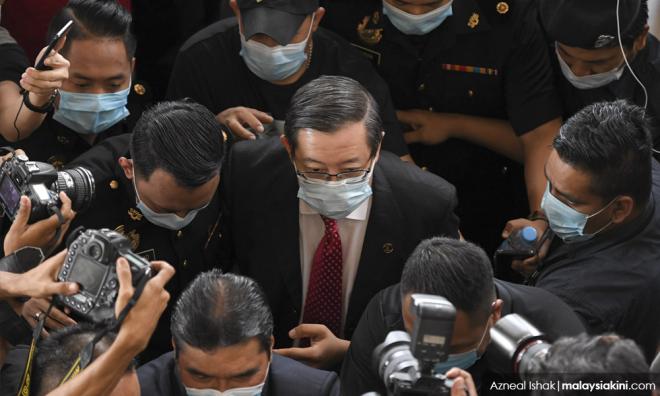 Guan Eng charged, Dr M has a new party, and 9 news you may have missed

1. Former prime minister Dr Mahathir Mohamad has announced a new party in hopes of becoming kingmaker, but analysts said he would need strong grassroots support to achieve this.

2. The announcement of the new party followed the Kuala Lumpur High Court decision to strike out Mahathir’s and his follower’s application to challenge their termination from Bersatu.

3. Former finance minister Lim Guan Eng pleaded not guilty to charges of soliciting a bribe in relation to the Penang Undersea Tunnel project and claimed the allegations against him are politically motivated.

4. Lim’s spouse Betty Chew and businessperson Phang Li Koon have also been arrested by the MACC. Chew is expected to be charged for money laundering on Aug 11.

5. Amid protestations, MACC chief commissioner Azam Baki said Lim is not the first prominent politician to have to spend a night in the commission’s custody before being produced in court.

6. Police have advised Lim’s supporters not to gather outside the court when he faces more charges next week, and have questioned nine people over the July 28 gathering of former prime minister Najib Abdul Razak’s supporters outside the Kuala Lumpur Court Complex.

7. Despite the upcoming Sabah state election, caretaker Chief Minister Shafie Apdal said a political coup could still take place after the election and an anti-hopping law is needed.

8. The Election Commission will meet on Aug 17 to decide key dates for the Sabah state election.

9. In a handwritten note, former attorney-general Tommy Thomas denied reaching any settlement with Goldman Sachs and said he would not comment on the issue any further.