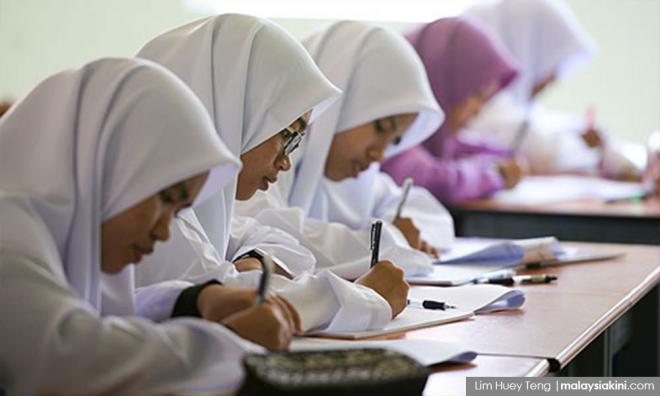 A conversation with a public school teacher

COMMENT | I received a text message from a reader the other day. It said, “Hi Fa, my name is Daniel and I am a teacher in Terengganu. I would like you to help me highlight an issue which teachers like me face every day”. We soon got into a very interesting conversation.

“People often talk about how screwed up our education system is, and they usually have a tendency to identify teachers as part of the problematic system. But not many know the truth about the issues we teachers face in school,” Daniel said.

“Enlighten me, please,” I replied.

Daniel explained that it isn’t just students who are left unmotivated by the education system in the country, it’s also the teachers.

“Take me for example. I am the kind of teacher who likes to challenge my students, so I tend to plan a lot of activities for them.

“The problem is, every time I do so, and the students have a good time participating in such activities, I get chided by other teachers,” he said.

I encouraged Daniel to share his story with me.

“Recently a few other teachers and I got our students to be involved in a digital animation storytelling competition. The community college near our school was kind enough to collaborate with us.

“At the end of the event, our students were really pleased as they gained a lot of knowledge, especially skills they could not acquire from a school environment,” he noted, adding that even some of the teachers involved felt elated after the competition.

“But Fa, not everyone was happy. Some of the teachers at school were quite upset with us. They felt it was unnecessary”.

I sighed. Daniel also recounted another activity organised by his school: a beach clean-up during the month of Ramadan. Although some of the students were fasting, he said, none complained, and all were excited to be involved.

“However, the other teachers criticised me, saying that since I was a non-Muslim, I wasn’t fasting, and that making the students take part in an activity during Ramadan was inappropriate".

“In your opinion, why do they think that?” I asked.

“They feel it’s a competition. They do not want to improve themselves, but when others do, they feel threatened. Some even blame the students and the community, claiming it is not the culture of the people to get involved in certain matters.

“But if we as educators never expose our students to the things they know nothing about, how will they ever discover new things?” he said.

His texts began to leave me feeling somewhat disheartened.

“They tell me not to try too hard, claiming that no matter how dedicated I am to my profession, ‘gaji sama saja’ (your salary is still the same).

“Worse still are those who end up hating me and blaming me for trying to get into the good books of the principal by organising many activities for my students,” he said, expressing frustration at being singled out simply for trying to be a good teacher.

I lost him a little there. “So you do agree that the teachers are part of the problem?”

But he refused to put the entirety of the blame on his colleagues, saying that it is the system that makes them that way. A system which, he said, “somehow stifles creative teaching and promotes rote learning.”

“Rote learning is a memorisation technique based on repetition. The idea is that one will be able to quickly recall the meaning of the material the more one repeats it.

“Since our education system is built on this learning technique, many teachers do not see the need to challenge and expose the students to anything that is not contained in their textbooks,” he said.

He went on to explain that one of the biggest challenges faced by the education system in the country is the type of assessment carried out, which has always been summative.

Despite the Education Ministry trying to shift towards more formative assessments, Malaysians are “falling back on their old ways”, Daniel claimed...