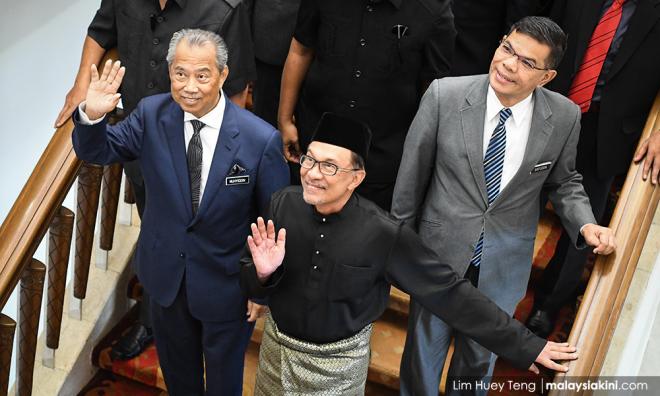 The many firsts of Anwar’s latest Parliament comeback

COMMENT | There are many firsts, with regard to the confirmation of Anwar Ibrahim as the new member of parliament.

This is the first time he has secured Port Dickson, whereas his traditional seat, Permatang Pauh in Penang, is being held by his daughter Nurul Izzah.

For the first time, the country has three MPs from the same family in three different states and constituencies: Anwar in Negeri Sembilan, his wife, Dr Wan Azizah Wan Ismail in Selangor, and Nurul Izzah in Penang.

It is also the first time a prime minister-in-waiting is representing a constituency that is a tourist destination: a beach resort that can be transformed into a major township. Prime Minister Dr Mahathir Mohamad will probably do the same with Langkawi island. Malaysian tourism will get a major boost from the two of them.

It is key to remember that this is also the first a prime minister-in-waiting has the armed forces supporting him from Port Dickson, which is a little over an hour away from Putrajaya. Not bad for strategic choice.

This is also the first time an oil refinery and power generators are closely connected to the business of the prime minister-in-waiting. To those whose independent power generation licences are about to expire, they’d better not overcharge. Otherwise, out they go.

It is worth reminding that Anwar is back as prime minister-in-waiting – not deputy prime minister – to take over from Mahathir. And there’s no doubt that Deputy Prime Minister Wan Azizah would be happy to see her husband anointed as the top leader one day...