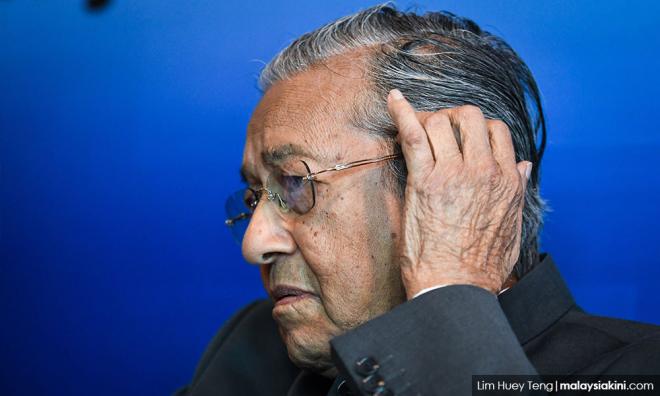 COMMENT | The good news is that we have seen waves of arrests, including Datuks, senior civil servants and corporate executives, for alleged corruption. The bad news is the claim that support for Pakatan Harapan is diminishing.

Even before Harapan has been in office for one year, the usual suspects are already moaning about the ruling coalition's diminishing support, in scenes bordering on mass hysteria and sanctimonious piety.

Would we have seen the removal of allegedly corrupt people if the disgraceful Najib Abdul Razak and Umno-Baru were still in power? Or read about the millions of ringgits in his personal bank account paid out to various individuals, purportedly to pay for services ranging from intelligence gathering to house renovations?

The irony is that Najib and several of his peers, including his wife and lawyer, are now facing various charges ranging from corruption to money laundering, criminal breach of trust (CBT) and abuse of power.

Najib declared in Rantau, that "the youth regretted voting for Harapan" and that they were upset by broken promises, the poor economy and increased taxes. He joked about the Harapan ministers' performance.

But who's laughing now, with the arrest of the sexist Bung Moktar Radin for alleged corruption? It is a matter of time before the remaining Umno-Baru bigwigs hear a knock on their doors.

In battle, a retreating army will destroy their records to get rid of the evidence. This probably happened when Umno-Baru/BN lost. The Harapan administration must be mindful that civil servants, who are pro-Najib, could scupper their efforts. MACC staff and the judiciary are probably on overtime, collating evidence and coping with the backlog.

It is important that we encourage Malaysians to have inquiring minds. We must impress upon them that ordinary politicians, like Najib, the late Jamaluddin Jarjis, Ahmad Zahid Hamidi, Tengku Adnan Tengku Mansor (or Ku Nan as he is widely known) and a host of other cabinet ministers and their cronies, have amassed fortunes that would put to shame those on the Forbes Rich List...