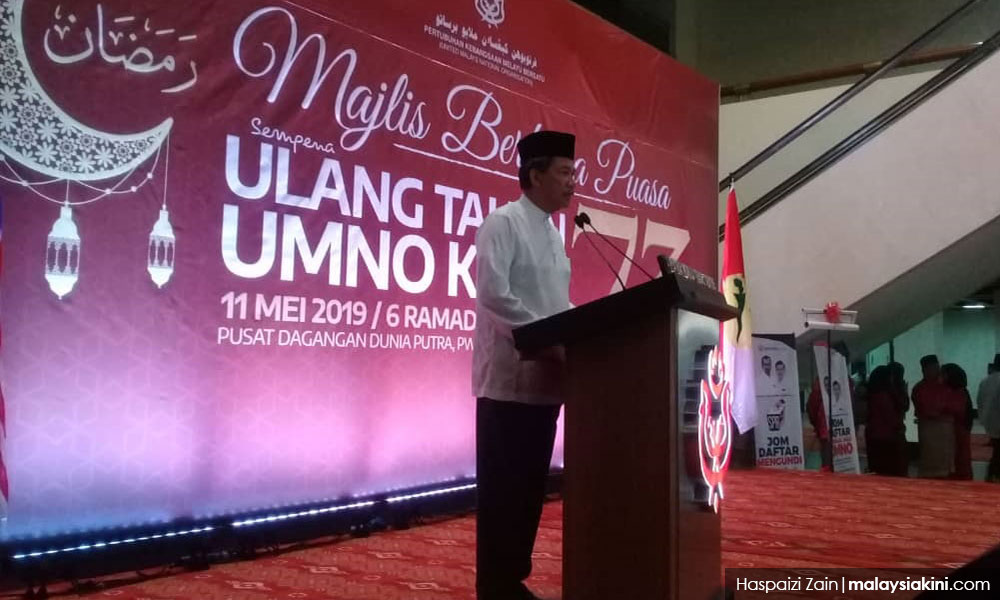 COMMENT | Every politician always claims to speak for the Malays. At Umno’s 73rd anniversary celebration at the PWTC in Kuala Lumpur, its acting president Mohamad Hasan told the crowd that Umno must be mindful of how to act and speak because the party represents the Malays.

Mat Hasan, as Mohamad is widely known as, told the crowd that included the infamous duo: Najib Abdul Razak and Ahmad Zahid Hamidi, that “anything bad about Umno will reflect on the Malays”. The description implies that Umno and the Malay race are one and the same.

This is strange because Umno is not the Malays; the Malays are not Umno.

We all know that politicians love to ride on the Malay interest rhetoric as a political tool. The main ideological balance in this country tilts towards the ideology of representing the Malay race.

But if you think clearly, you’d realise that it is odd for a select few elites on the top to claim to represent the entire Malay race. As though the history of the entire race could be reduced to a few political ploys played as a central theme in the comparatively short history of a political party.

Further, it is hard to argue that the Malays accept such conflation today. In the last general election, the Malay voters were split three ways: Umno, PAS and Pakatan Harapan...

umno
malay
mohamad hasan
Related Reports
A new Malaysia was created on May 13
a year ago
A Malay game of thrones
a year ago
Yoursay: He who stole from rakyat has committed treason, not AG
a year ago
Daim laments the return of racism
a year ago