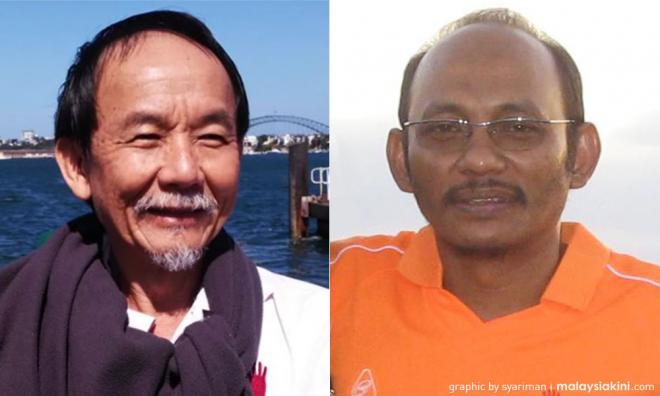 Cops who abducted Amri, Raymond may be innocent

LETTER | An Air Force colonel and I once discussed military discipline. He said if a crew is ordered to bomb a school field, they must do so even if children are playing on it. That’s their code of conduct.

It does happen. In 1945, the crew of an American bomber followed orders and dropped atomic bombs on Hiroshima and Nagasaki, though they knew tens of thousands of civilians would die.

After an exhaustive inquiry, the Suhakam panel assigned responsibility for the abductions to “state agents namely, the Special Branch, Bukit Aman.”

The “look” of the men in the video of the abduction of Koh suggests they were junior officers, though there may have been one or two senior officers (rank of inspector or higher).

Why did the abductors do it? Did they commit a crime?

I think it does not follow that all the men in the video committed a crime. They probably were police officers who obeyed orders, like the airmen who bombed Hiroshima and Nagasaki.

The on-the-ground abductors may not have known who the victims were.

However, now, at least, some of them must know their targets were Amri and Koh. They must also know that the person or persons who ordered them to conduct the abductions did so wrongfully and illegally.

Why have they not come forward to admit what they did? The code of conduct, of obeying orders, surely has much to do with it. But since they haven’t spoken up after the illegality of the abductions has been declared, there must be other factors at work.

I think they fear what their peers or superiors might do to them if they speak out. I conclude that the police force is an institution filled with fear.

Let’s return to the question. I think it can be answered in a helpful way if we amend it to “Why did the on-the-ground policemen abduct Amri?”

The answer is, “Because they obeyed orders. They did not think they were doing wrong. In fact, they did not do wrong.”

But if, now that they know Suhakam’s conclusion, they do not come forward and admit that they conducted the abductions, they are choosing to withhold information about a serious crime. If they are silent, they will be as guilty as those who ordered them to conduct the abductions.

I know Caged, Suhakam and many others will stand by them if they come forward and reveal the truth. We will do so because of our code of conduct is to stand up for truth and justice, no matter what the price.

The writer is spokesperson for Citizens Against Enforced Disappearances, Caged.