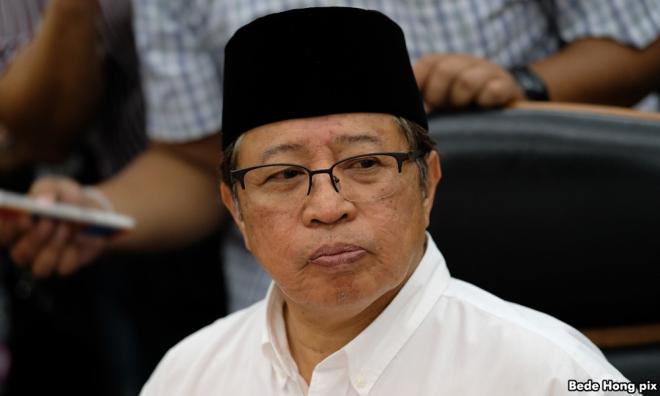 Sarawak's LRT to be ready in three years, says CM

He said the LRT system was being studied for inclusion in the public transport plan to solve traffic congestion in the three divisions as their total population had reach one million.

"We are now surveying the route. The study will take six months, after that, we will find the right technology and the right partner.

"Since we already have the power from the Bakun dam, we can use electric train technology," he told a press conference after witnessing the signing of a tripartite memorandum of understanding (MOU) for Sarawak's methanol and methanol derivatives project in Kuala Lumpur today.

Sarawak will undertake a methanol and methanol derivatives project with the first plant worth US$800 million (US$1=RM4.40) expected to be ready by 2021.

Abang Johari who has just returned from his official visit to the United Kingdom said the LRT project would incorporate the latest technology with less carbon pollution.

"We will consider extending the (LRT) project to other divisions once they reach their economic viability.

That is, when the rural areas are developed in terms of modern agricultural economy and with the information and communications technology having reached two Terabit per second (Tbps) of Internet speed," he added.

The MOU for the engineering, procurement, construction and commissioning for the methanol project witnessed by Abang Johari, was signed between the Sarawak government's entity, Yayasan Hartanah Bumiputera Sarawak, and a consortium between China Huanqiu Contracting and Engineering Co Ltd and MACfeam Sdn Bhd, a subsidiary of Pegasus Diversified Bhd.