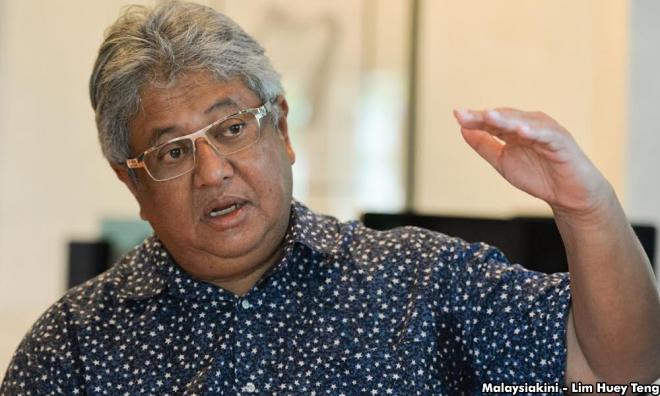 Amid flak over AirAsia X pilot remark, Zaid says he's not against prayers

Former minister Zaid Ibrahim defended his criticism of an AirAsia X pilot for asking passengers onboard Flight D7237 to pray as it faced engine issues.

He took aim at PAS central committee member Nik Mohamad Abduh Nik Abdul Aziz and others who had accused him of being against prayers.

"I always pray and not only in times of emergency.

"When the engine of the aircraft shook as if it was coming off, I'm sure all the passengers prayed in their own way.

"But there is no need for the pilot to add to their worry (by asking them to pray)," he said in a blog posting today.

Zaid said a pilot should inspire confidence and asking passengers to pray made it appear as if the situation was very dire.

He then used an analogy of a surgeon and a doctor...