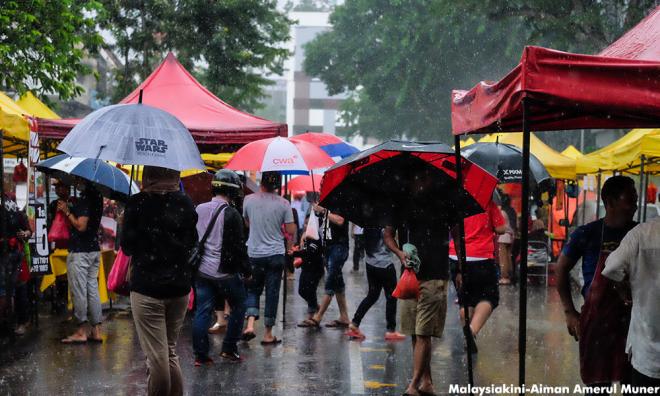 The Meteorological Department has forecast heavy rain for several districts in Johor and Pahang up to Saturday.

It said in a statement that this weather would be experienced in Segamat, Kluang, Mersing, Kota Tinggi, Johor Bahru and Kulai in Johor and Rompin, Pekan and Kuantan in Pahang.

It also said that similar heavy rain could be expected in Negeri Sembilan and Malacca and in the districts of Tangkak, Muar, Batu Pahat and Pontian in Johor as well as Bentong, Temerloh, Maran, Bera and Jerantut in Pahang during the same period.

“Heavy rain is also expected to occur in the districts of Dungun and Kemaman in Terengganu and the divisions of Mukah, Sibu, Sarikei, Betong, Sri Aman, Samarahan, Serian and Kuching in Sarawak up to Saturday as well,” it added.