In a post on his blog today, Mahathir said there was "clear evidence" of Najib's wrongdoings.

"In the eyes of the world, his abuse of power is acknowledged. Najib's Malaysia is described as a kleptocracy, not a democracy anymore.

"The rule of law is blatantly ignored by Najib. Corruption (within the Najib administration) is rampant," Mahathir wrote on his blog, Chedet.

Marcos was elected Philippines president in 1965 and ruled as a dictator from 1972 until 1981. He was known for corruption, a lavish lifestyle, electoral fraud and violence against political opponents.

He was eventually deposed in 1986, through the People Power Revolution.

Mahathir accused Najib of planning to win the coming general election "by hook and most certainly by crook" because losing would certainly mean jail time.

He also reiterated his accusations that Najib would cling on to power by declaring a state of emergency should he lose by a small margin. 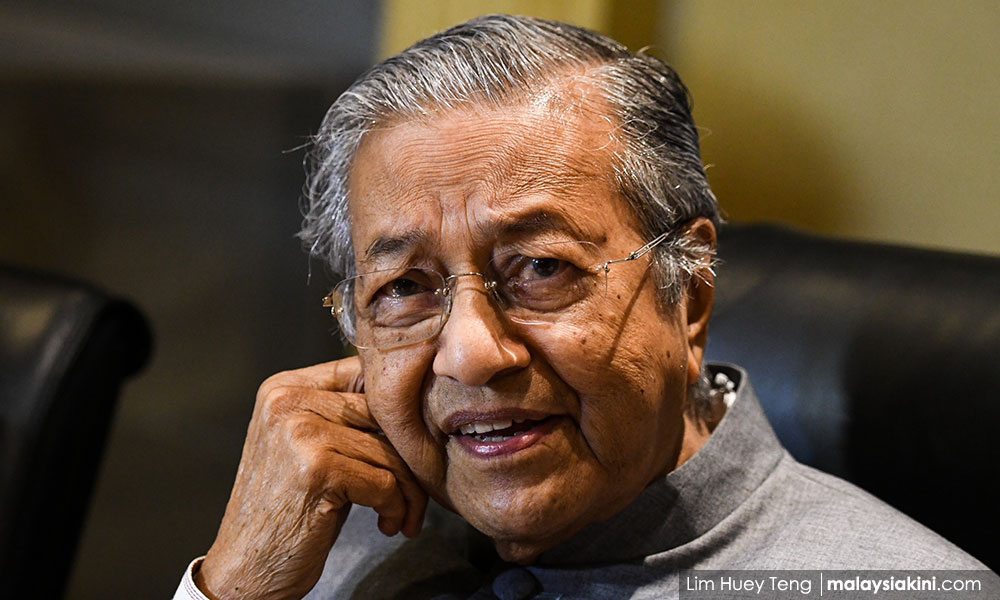 Returning to the Marcos analogy, Mahathir said the Filipino dictator had the support of the army and the police chiefs. When such support was lost, Marcos was overthrown.

"In Malaysia currently, the police and armed forces chiefs are supporters of the prime minister, or at least are compliant to what he does.

"Even when he clearly breaks the law they appear not to be concerned," he said.

Mahathir said that members of the public believe that the possibility of Najib ruling by decree was "very real".

"Only an overwhelming victory of the opposition will prevent this," he said.

Mahathir warned that should Najib win the election, the consequences would be terrible.

"This country will become bankrupt as total debt now is almost one trillion ringgit. Najib has been selling chunks of Malaysia in order to pay debts. All the best land have been sold.

"There will come a time when he would not be able to raise money to pay debts. When that time comes, Malaysia would become a bankrupt country."

At the time of writing, Najib's office has yet to respond to Malaysiakini's request for comments.