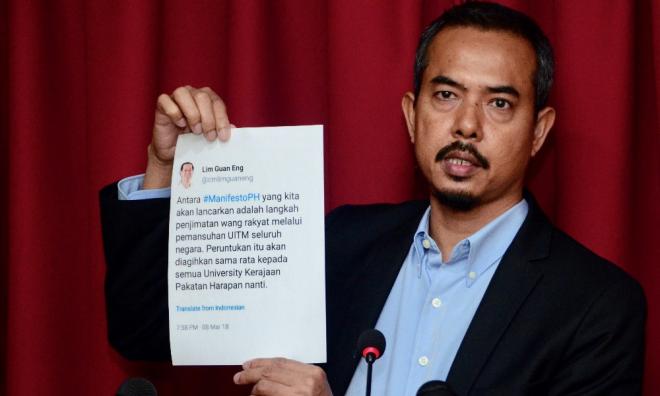 An aide to Lim Guan Eng will today lodge a police report against a fake tweet depicting the chief minister saying that all Universiti Teknologi Malaysia (UiTM) campuses nationwide will be abolished, should Pakatan Harapan win in the 14th general election (GE14).

Lim's information officer Zaidi Ahmad said he noticed the "slanderous" tweet about 8pm yesterday and informed Lim, who confirmed that he did not churn out any such tweet. Lim was also in Shah Alam last night at the launching of Harapan's manifesto.

"I will lodge a police report later and hope the police will act on the culprit, we do not know the identity of the person who tweeted the fake message," the former air force pilot told a press conference in the chief minister's office in the Komtar building said...