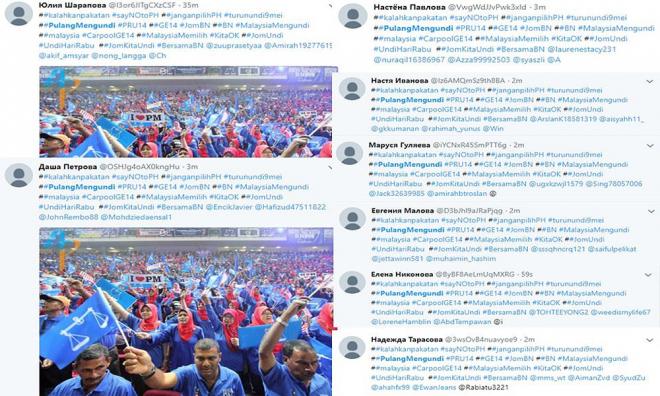 GE14 | Malaysian regulators will look into the activity of automated accounts on Twitter, known as bots, in the run-up to a general election if they get complaints about them, the Communications and Multimedia Ministry says.

Reuters reported on Friday that bots were flooding Twitter with tens of thousands of pro-government and anti-opposition messages, just weeks before the May 9 election.

The information technology bureau of caretaker prime minister Najib Abdul Razak’s party, Umno, said it was not behind the bots and it did not know who was.

Caretaker communications minister Salleh Said Keruak said on Twitter that bots could be used anonymously by anybody and his ministry would respond to complaints.

“As a regulator, MCMC will work closely with providers such as Twitter and Facebook upon complaints,” Salleh said late on Saturday, referring to the Communications and Multimedia Commission.

He did not refer to the Reuters report.

Twitter and Facebook are under scrutiny in the United States where lawmakers suspect their platforms were used as part of a suspected Russian effort to sway the 2016 US presidential election in favor of Donald Trump.

The Kremlin has denied the accusations.

Twitter allows bot accounts but with restrictions. In February, Twitter said it would no longer allow people to post identical messages from multiple accounts, cracking down on a tactic that Russian agents and others have allegedly used to make topics go viral.