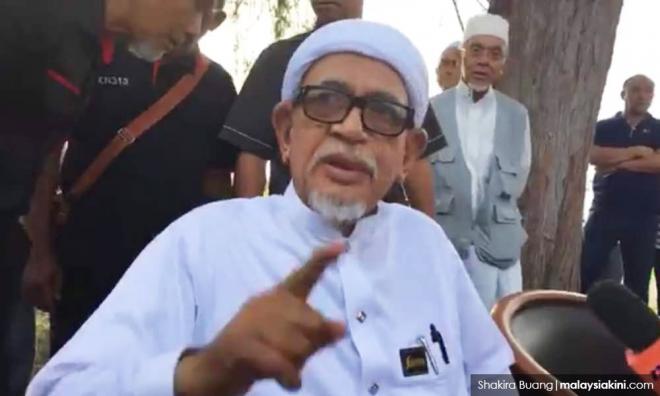 Abdul Hadi said the former prime minister should do the obligatory things first as the practice of visiting graves was only “sunat” (encouraged).

“Dr Mahathir should go back to the Islamic way. The thing is he does not do the ‘wajib’ (obligatory) matters but the ‘sunat’ ones.

“Going to the grave is a thing of ‘sunat’… Appointing the right leader among Muslims is obligatory,” he said in jest during a political rally for the 14th general election (GE14) at Wakaf Bharu last night.

Earlier today, Dr Mahathir was prevented from visiting the grave of Nik Abdul Aziz by the latter’s family members who locked the gates of the cemetery, while the entrance was also blocked by a lorry.