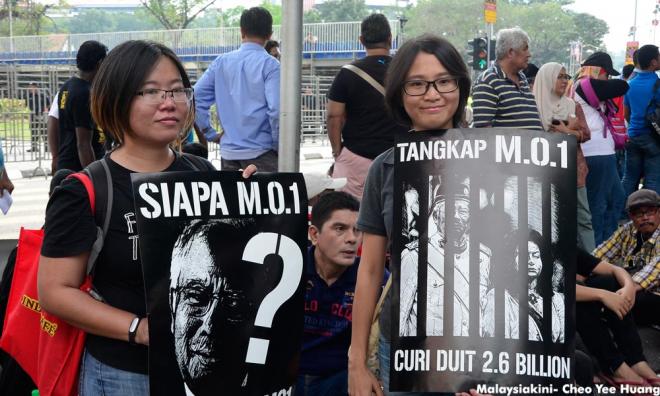 Sepang MP Hanipa Maidin said the world is waiting for Malaysian Official 1 to be arrested, and the eventuality will be “history in the making”.

Describing the suspense as “torture”, the Amanah lawmaker noted how even Indonesians had asked Prime Minister Mahathir Mohamad when the figure named in US court filings over embezzlement linked to 1MDB, would be arrested.

“The wait is a form of torture,” said Hanipa in a statement today.

"I can feel that there are many who can't wait to see this happen. As they say, it will be history in the making," he said.

He quoted how Queen's Counsel ( QC ) lawyer Geoffrey Robertson in his book had described how those on death row that he had once represented had felt waiting for the day of their execution.

"I believe that is how MO1 and his wife must be feeling, as well as certain people who have links to 1MDB or the murder case of Mongolian national Altantuya Shaariibuu."

“In English, this phenomenon is known as ‘a sword of Damocles hangs over one's (MO1's) head,” he quipped.

MO1 was mentioned 36 times in the US Department of Justice’s (DOJ) court filings to forfeit assets it claims had been procured in the country using funds siphoned from 1MDB.

Since the fall of the BN government in the May 9 general election, the probe over the 1MDB scandal has been reopened, seeing a series of massive raids on properties and offices linked to former prime minister and 1MDB advisory board chairperson Najib Razak.