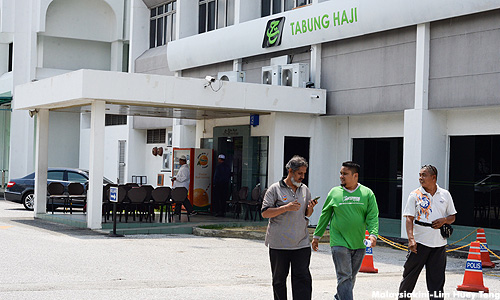 Tabung Haji is in the red, minister confirms; local council elections are off, says PM

Tabung Haji in the red

An independent audit has found that Lembaga Tabung Haji has, in effect, paid dividends (hibah) using its depositors’ savings in 2017.

Minister in the Prime Minister's Department Mujahid Yusof Rawa confirmed that the pilgrimage fund has incurred an RM4.1 billion deficit, and it will be placed under Bank Negara’s supervision.

Prime Minister Dr Mahathir Mohamad said local council elections are off the table, saying that its reinstatement could lead to racial conflict.

Fugitive businessperson Low Taek Jho had bought a clear acrylic grand piano for supermodel Miranda Kerr in 2014, according to the New York Times.

Glove manufacturer Top Glove Corporation has denied allegations of using migrants as forced labour, as reported by British newspaper The Guardian. However, a government investigation is now underway.

Today is the Selangor Sultan Sharafuddin Idris Shah’s birthday celebration and a public holiday in the state.

Tabung Haji is scheduled to hold a press conference this afternoon, where it is expected to address the scandal afflicting the fund.

Wisma Putra is expected to hold a press conference on updates on the ongoing border disputes between Malaysia and Singapore.