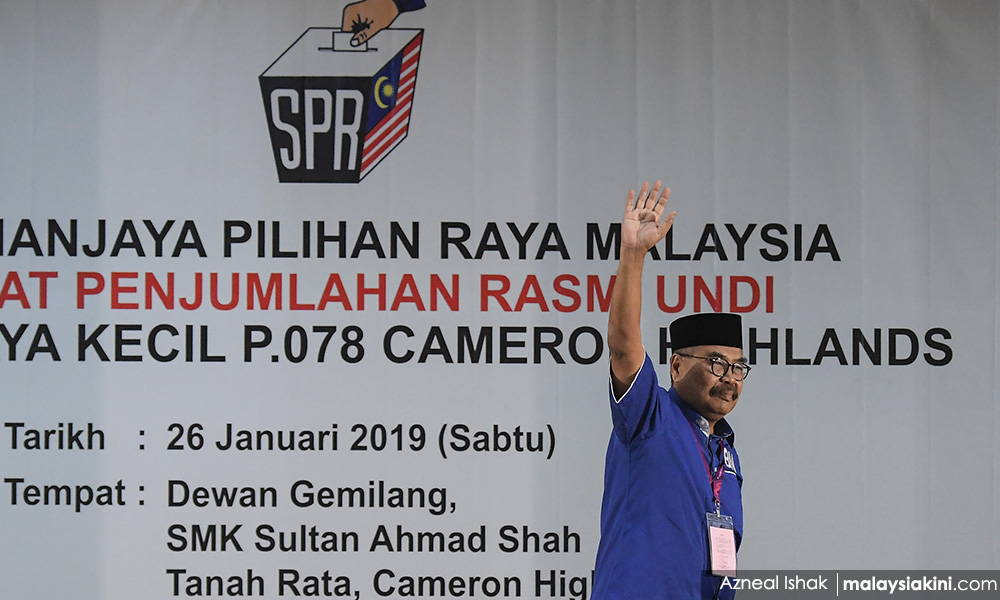 "Thank you to all the voters who chose BN, including in Felda, villages, and Orang Asli villages.

"This is a people's victory," Najib tweeted tonight.

Najib had campaigned for four days in Cameron Highlands, and was often greeted at events by an enthusiastic crowd.

Think tank Ilham Centre had predicted yesterday that his presence would be among the deciding factors for a BN win.

Meanwhile, former Umno vice-president Hishammuddin Hussein said on Twitter that he believed Ramli would make being a "voice for the people" his cause in Parliament.

Ramli is the first ever Orang Asli member of Parliament in Malaysian history.

This is BN's first win in a by-election since the 14th general election.

It also marks a continuing trend in by-elections where incumbent parties retain their seats.

cameronhighlandsbyelection
Related Reports
Official: BN retains Cameron, Ramli to be first Orang Asli MP
a year ago
Bersih: Manogaran's shirt excuse flimsy, EC must file police report
a year ago
'PAS-BN cooperation in Semenyih will depend on Cameron result'
a year ago
D-DAY: Voter turnout is 68.79pct
a year ago